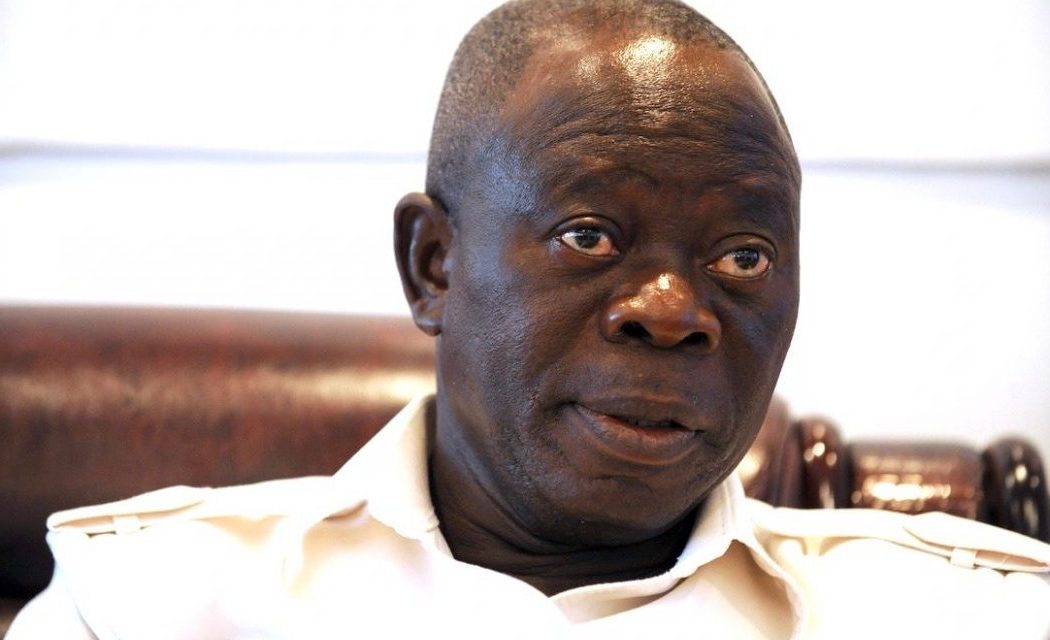 Adams Oshiomhole, 70, declares his candidacy for the Senate

The former Governor of Edo State, Adams Oshiomholedeclared his intention to run for the Senate in 2023.

Mr Oshiomhole, who has just turned 70, wants to represent Edo North District in the All Progressives Congress (APC).

The former APC National Chairman made the statement on Monday during an APC meeting held at his country house, Iyamoh, in Etsako West Local Government Area in Edo.

He said he consulted with neighborhood residents, family, friends and political associates about his ambition.

“A lot of people asked me if I would run for the Senate, but I begged them to wait until our national convention when I made up my mind,” Mr Oshiomhole said.

“Now that the APC convention is over and we now have a new national working committee, I have decided to run for the Senate in 2023,” he added.

He said he wanted to go to the Senate in order to provide determined leadership to the people of his district.

Mr Oshiomhole said the Senate should not be seen as a “sabbatical for former governors”.

“My intention of running for the senatorial seat is to ensure that the voice of the Afemai land is heard and my concept of empowerment will be changed, not just by giving Keke Napep, a generator or a motorcycle.

“We should think about how we can bring infrastructure development to our people,” he said.

Outgoing District Senator Francis Alimikhena, who has served two terms so far, has expressed his intention to run again.

Mr Oshiomhole said he would meet with Senator Alimikhena to decide who would be the party’s candidate in the elections.

“You all know how the incumbent became a candidate for the Edo North senatorial district, he was denied the PDP ticket and we allowed him to fly the party flag, which he had used twice for us represent.

“We voted for him twice and there’s nothing wrong with him voting for me back.

“I will meet him personally because I want us to always keep Afemai unified and I think he will be the general manager of my campaign.

“So, I have decided to contest and I am sure to get the ticket and become the candidate to represent Edo North Senate District in 2023,” he said.

APC board member Mike Afegbua and party deputy chairman Jariet Tenibe said the party’s senatorial ticket would be given to Mr Oshiomhole to ‘save Edo North’.

Former APC Chairman, Etsako West Local Government Area Abubakar Akokhia has moved a motion that the senate seat should be zoned in Etsako West and Mr Oshiomhole be given the opportunity to fly the flag party.

the The Senate race offers Mr Oshiomhole an opportunity to redeem his political image after being unceremoniously dismissed as the national chairman of the APC and its candidate for the 2020 Edo governorship, Osagie Ize-Iyamu, defeated by Governor Godwin Obaseki.

Support the integrity and credibility journalism of PREMIUM TIMES

Good journalism is very expensive. Yet only good journalism can guarantee the possibility of a good society, an accountable democracy and a transparent government.

For free and continued access to the best investigative journalism in the country, we ask that you consider providing modest support to this noble endeavour.

By contributing to PREMIUM TIMES, you help sustain relevant journalism and keep it free and accessible to everyone.