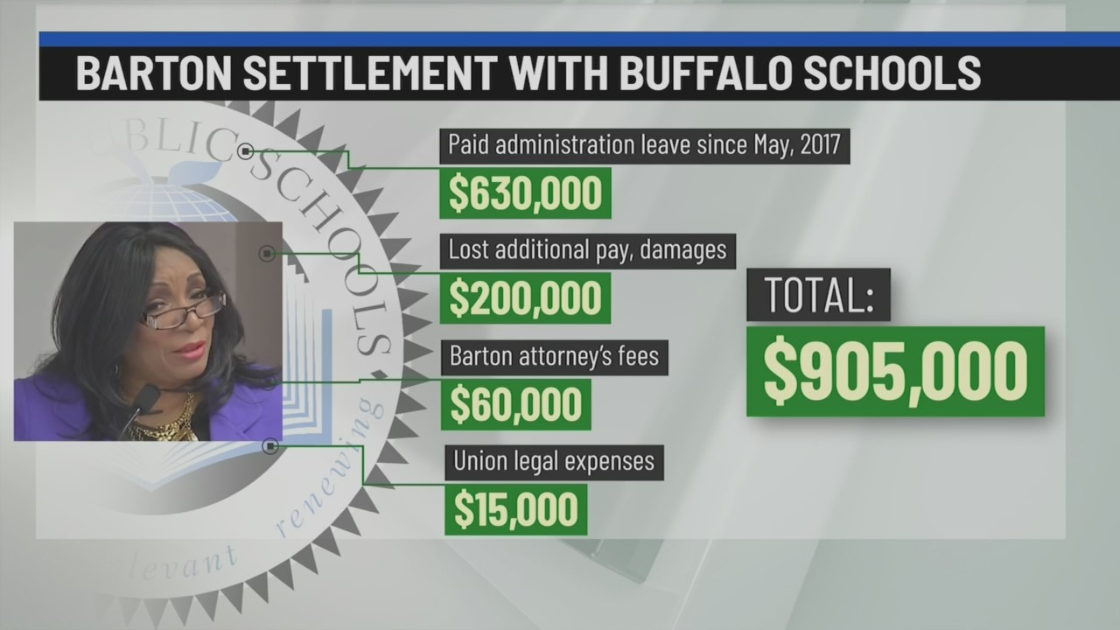 BUFFALO, NY (WIVB) – The principal of McKinley High School, who has been on paid leave during a five-year court battle with the district, can return to her job – if she chooses, because she has reached an agreement with the Buffalo Board of Education.

McKinley High School students have accused Crystal Boling-Barton of discriminating against certain students who are part of the LGBTQ+ community. After the ACLU sued the school district and Barton, officials took steps to fire her.

In May 2017, Barton was placed on administrative leave, required by state law when school officials are in the process of firing a tenured teacher. The ACLU sued the school district, accusing Barton of discrimination, but it was quickly resolved.

“So it was really a lot for nothing,” said union attorney Robert Boreanaz, who represents Barton. “The superintendent at the time could have solved it and chose not to.”

“Management has now decided to take a fresh look at things,” he said. “And decided it was in the interest of the district to move forward and resolve all of these issues.”

Barton is the president of the union that represents managers and trustees and Boreanaz believes this was Kriner Cash’s motivation to tarnish his reputation.

The school board released a statement indicating, in part, that Barton is now eligible to immediately return to service at McKinley, the board is pleased to have finally put all of these matters behind it, and the district appreciates and thanks Principal Barton for all his years of service.

Barton also filed a lawsuit against Kriner Cash and the school district based on age, gender and racial discrimination. That complaint, filed with the state Human Rights Division, was dropped as a condition of the settlement.

Al Vaughters is an award-winning investigative journalist who has been on the News 4 team since 1994. See more of his work here. To submit a Call 4 action, click here.