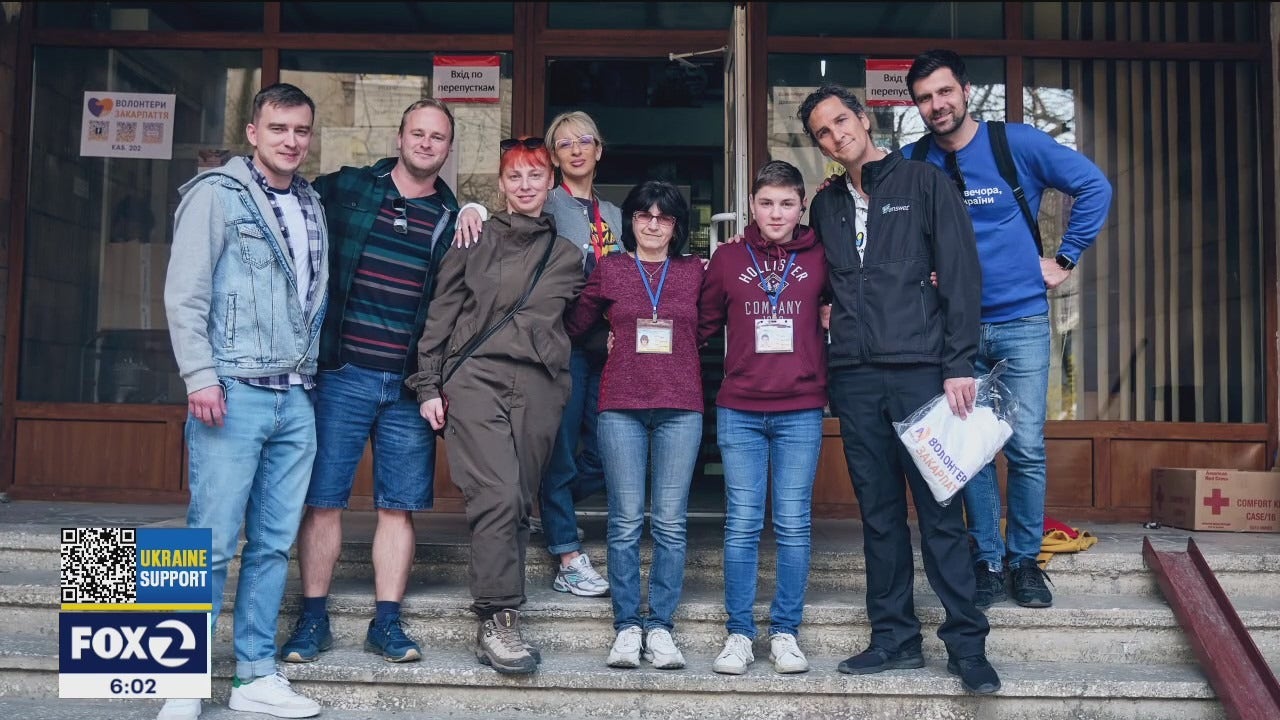 A Bay Area family considers their spring break humanitarian trip to Ukraine a success after providing essential aid and comfort.

A Bay Area family considers their spring break humanitarian trip to Ukraine a success after providing essential aid and comfort.

“It’s partly a relief that we were able to get all the supplies in successfully,” said Andy Kurtzig. “Lots of risky spots along the way.”

Kurtzig, along with his wife, daughters and son, packed suitcases full of safety gear, medical supplies and medicine from their home in San Anselmo before flying to Eastern Europe for a week.

They spent part of their journey in a border camp in Slovakia where hundreds of refugees, mostly women and children, arrive daily by bus.

Ukrainian men are forced to stay in the country and may be forced to fight in the war with Russia.

“These families are really torn apart and it’s difficult,” said Sara Kurtzig. “It upsets me so much.”

Tent by tent, they were able to see other generous donations helping people and pets, including clothing, toys and food.

Andy Kurtzig, CEO of the San Francisco-based company Just answer, a service that connects people with experts, employs more than 250 people in Ukraine. He was determined to track down these workers who were bringing in desperately needed items to keep them safe during the war.

Bulletproof vests, tourniquets, first aid kits and lifesaving medicines are just some of the requested donations delivered to them.

“Just seeing them and connecting was wonderful,” Kurtzig said. “And then being able to give them all the supplies was joyful and seeing happiness.”

That feeling is something he says is rare now.

At the border camp, Sara Kurtzig and her daughter, Jamie, delivered cards created by American children filled with messages of support, love and hope.

Jamie, who is diabetic, also collected insulin to provide to others like her, including one of her father’s employees.

“It was really cool to be able to help someone,” she said.

But even with the sincere gestures, it’s still dangerous in the midst of an unpredictable war.

Andy Kurtzig waited over three hours at the Ukrainian border as he attempted to return to Slovakia to reunite with his family at the camp. His car was repeatedly searched as air raid sirens sounded and he saw mothers and children crossing the border.

He says these moments make him reflect on what he experienced, felt and saw during his week-long journey.

“I think the most telling thing is everyone’s bravery and strength,” Kurtzig said. “Look them in the eye and see their commitment and their pride in their country and their will to win.”