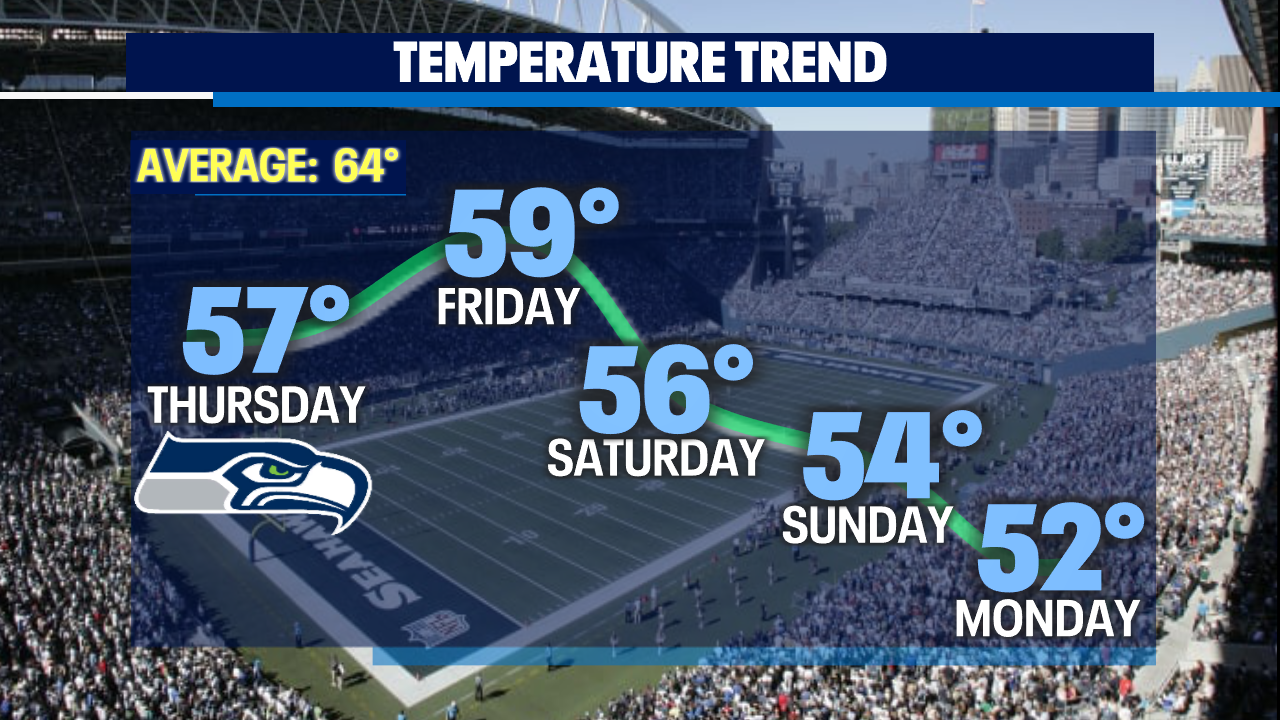 Beautiful fall sunshine for the rest of the week, but bundle up, it’ll be cool!

Seattle – A cool and rainy day for most of the locals. Highs are again well below average, only in the upper mid-50s. Some places in Snohomish County see thunder and lightning just after dinner time. A few of these storms also producing small hail.

Nighttime temperatures will continue to fall in the cold zone. Some of us, like Forks, see our 30s! Be sure to dress warmly when you go out on Thursday. Check out Stevens and Snoqualmie Pass where lows fall to freezing point and below. Brr! No snow for the Cascades because the showers will have dried up. 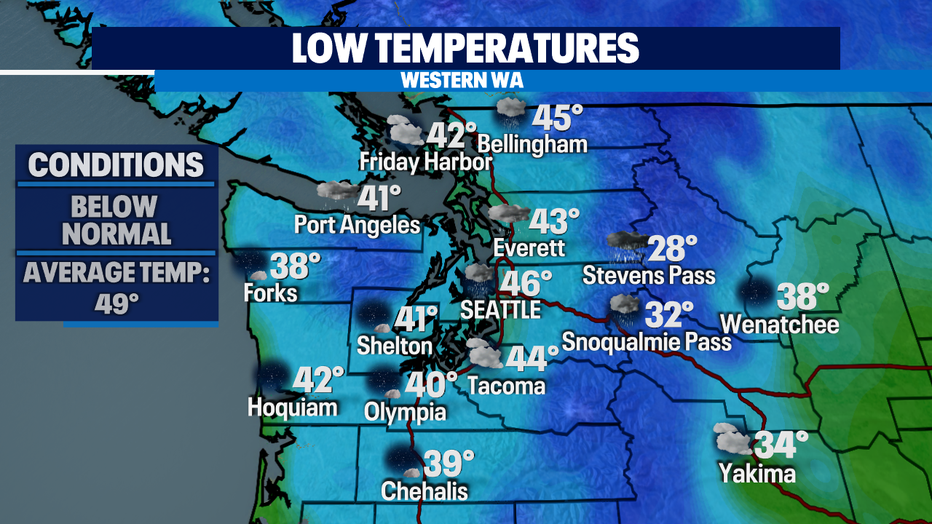 We will see a brief break between the rainy weather on Thursday and Friday. Also look for areas of uneven fog. The peaks will struggle, although still hanging in the upper 50s. 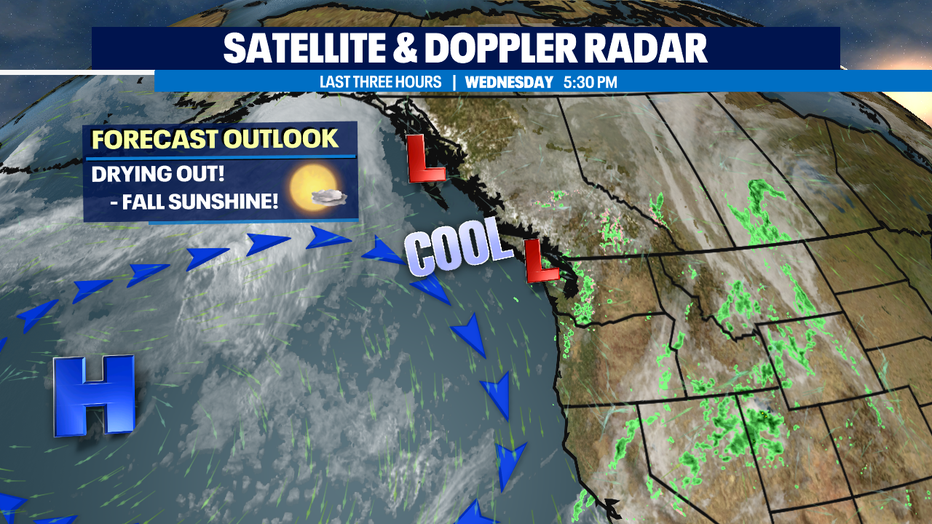 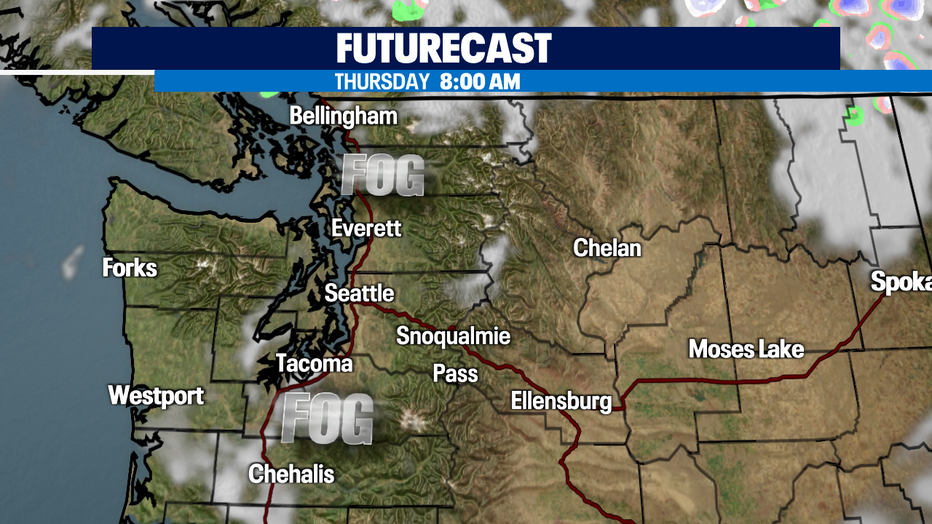 If you’re heading to Lumen Field for Thursday Night Football, grab an extra layer. The Seahawks greet the Rams with starting temperatures in the mid-50s dropping to nearly 50 after the game. If you can’t make it to the game, don’t worry, our Match Day Team will take care of you from 3pm on Fox 13. Join us! 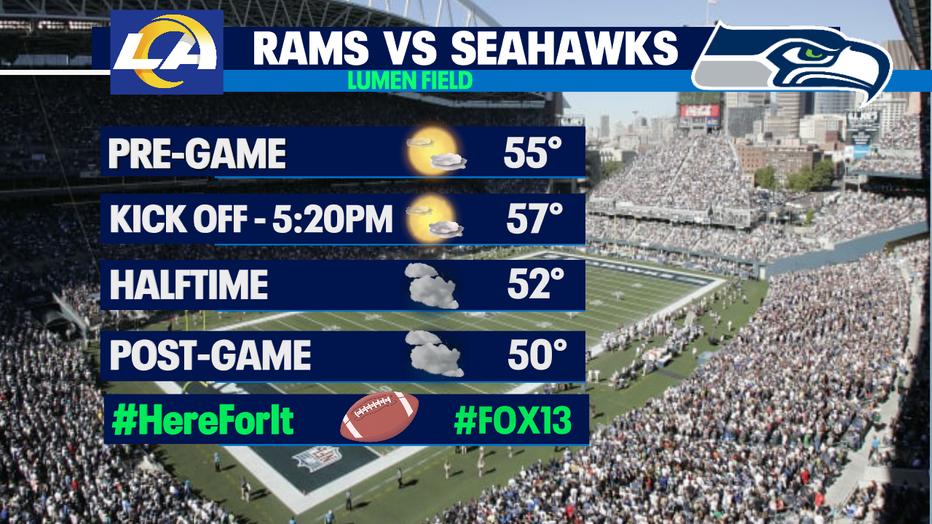 The weekend brings back some showers with a drop in snow levels, so some passes might see another layer of snow!

We also have a busy football weekend with the Sounders playing on Saturday and OL Reign with a game on Sunday. The tops will be hanging in the mid-1950s.

The start of next week promises to be mostly dry with some coastal showers persisting through to midweek. The peaks continue to cool down into the 50s with cool nights between the 40s and 40s. 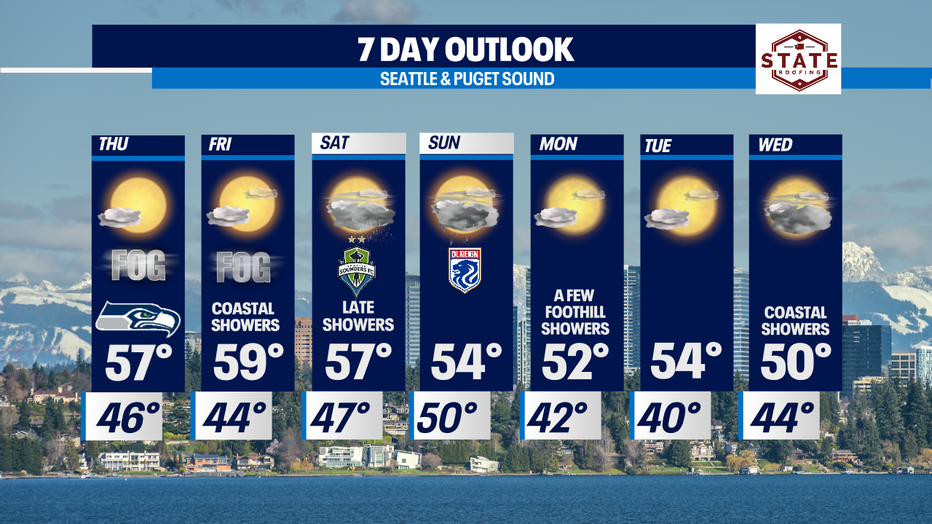 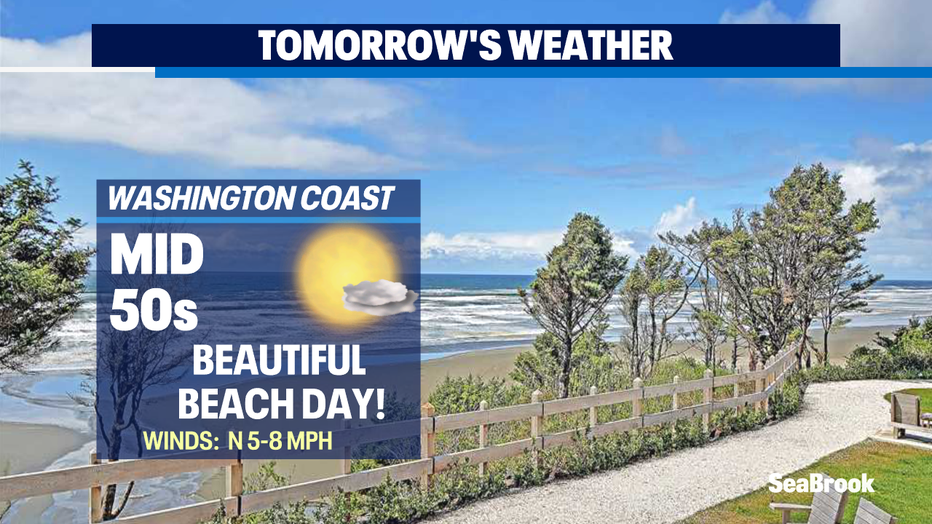 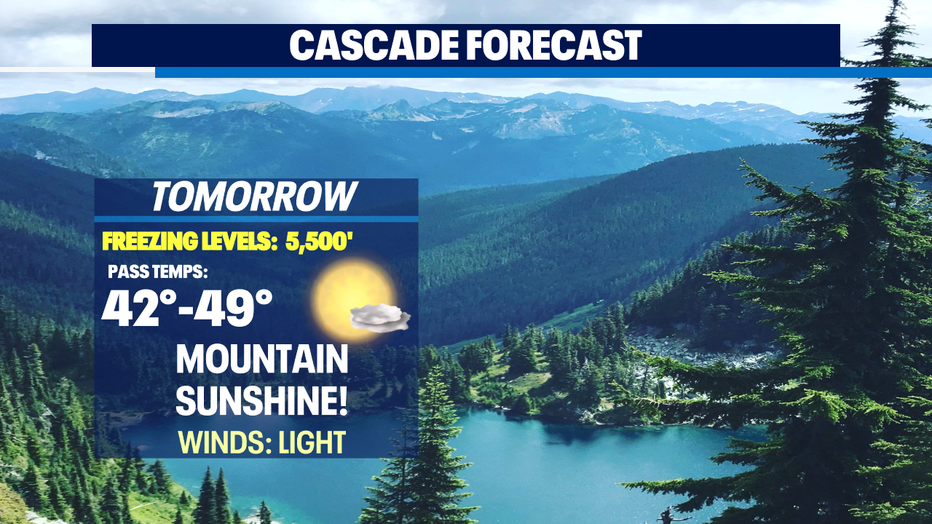 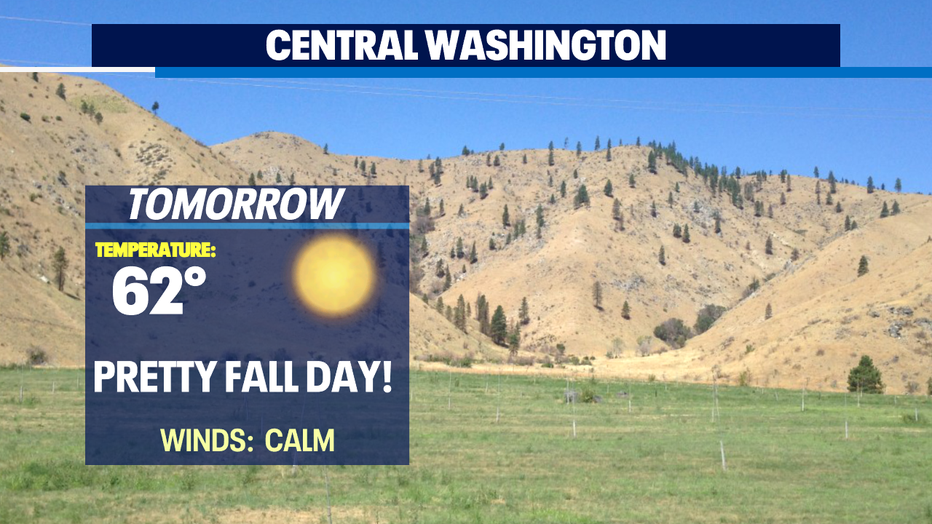