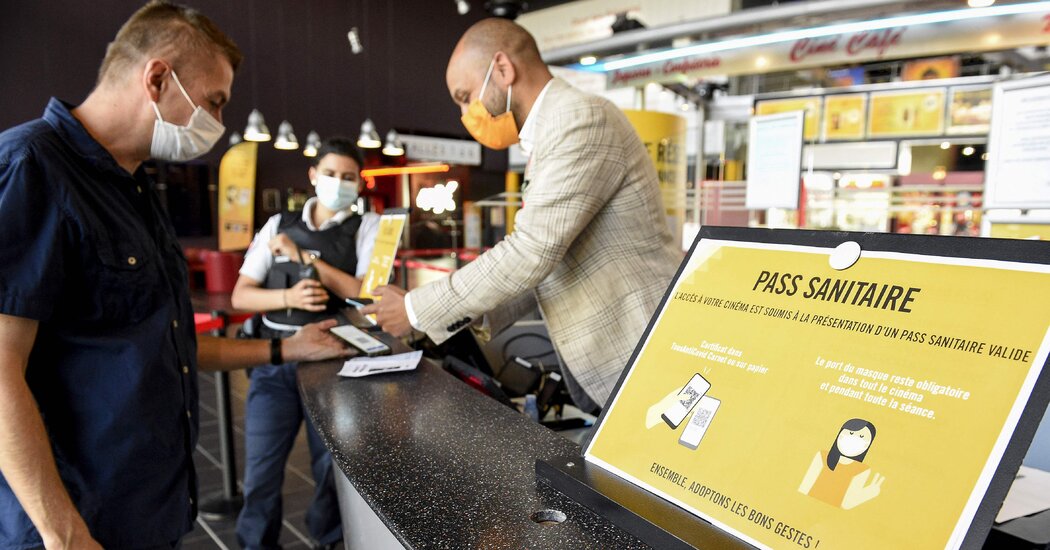 â€œYou could tell Christmas was coming,â€ Amanda Whiteside, manager of Gordon’s Wine Bar in London, said of the crowd and the buzz. “And then it’s gone.”

On Tuesday, the government responded by announcing Â£ 1bn, or around $ 1.3bn, in aid to the hospitality industry, with one-time grants of Â£ 6,000 and discounts on sickness pay for workers. employees.

Grants, says Rishi sunak, the Chancellor of the Exchequer, are comparable to what was “provided to hotel businesses when they were completely closed”. He said this latest initiative was in addition to aid already in place.

The promise of more help comes as a new wave of anxiety over the coronavirus and the economy sweeps through the region. Britain has recorded the highest number of Covid-19 cases in Europe in the past seven days, according to the World Health Organization.

On Monday, organizations representing more than 100,000 businesses across the country sent a open letter to Prime Minister Boris Johnson, demanding more tax breaks and subsidies to roll them back.

Although the wave of coronavirus cases caused by the fast-moving Omicron variant has yet to result in the type of strict lockdown imposed by the Dutch government over the weekend, UK companies have argued that the combination of warrants mask, vaccination requirements and the uncertainty during the peak holiday season put their survival at risk.

The retail, hospitality and entertainment industries “are on the brink,” said Matthew Sims, who helped orchestrate the campaign and heads a business improvement group in Croydon, south of. London.

Restaurants, pubs and bars have said that since the government added a new set of restrictions, known as Plan B, on December 8 in response to the highly transferable variant of Omicron, dinner cancellations and parties have multiplied and pedestrian traffic has disappeared. In certain regions. Hospitality UK reported that many businesses have lost 40-60% of their revenue this month.

At Gordon’s Wine Bar in central London it was common to find every table in its cellar-shaped cellar and on its outside patio full and a long line of customers waiting to enter before Plan B was put in place. .

Customers have cleared up and several staff members have contracted Covid, she said. Gordon’s, which claims to be London’s oldest wine bar, now only offers outdoor service, and Ms Whiteside estimates sales have fallen by around 25%.

Half a mile away in Soho, the Coach and Horses pub was also struggling with fewer patrons and sick staff. Last week, business was down by a third, while on Monday it fell “off the edge of a cliff,” said manager Alison Ross.

Three of the four full-time staff and two of the four part-time staff had contracted Covid. Ms Ross has hired a temporary aide and plans to close several hours earlier in a few days.

The hospitality industry, which lost the increase in sales during the holidays last year, was picking up but still had not rebounded to pre-pandemic levels. Many were counting on a busy season.

Simon Emeny, managing director of Fuller, Smith & Turner, which owns around 400 pubs, had asked the Johnson government for more help.

“We are back where we were in March 2020, with the government keeping the hospitality open, while telling the public not to socialize,” Emeny said in a statement. â€œDecember is expected to be our most active bargaining time – and the revenue generated during this time is crucial for the industry. “

The company has temporarily closed 20 pubs, a spokeswoman said. Mr Sunak, the Chancellor, said in addition to grants supporting 200,000 businesses, local governments would also receive Â£ 100million to distribute, while a fund for organizations and cultural venues would be allocated Â£ 30million. of pounds sterling.

The announcement was greeted with applause from aid recipients and complaints from other sectors that were not included.

â€œTravel agents, tour operators and travel management companies will rightly ask why they have not received the same treatment as other businesses who are suffering right now,â€ said ABTA, a trade association for travel agencies and tour operators.