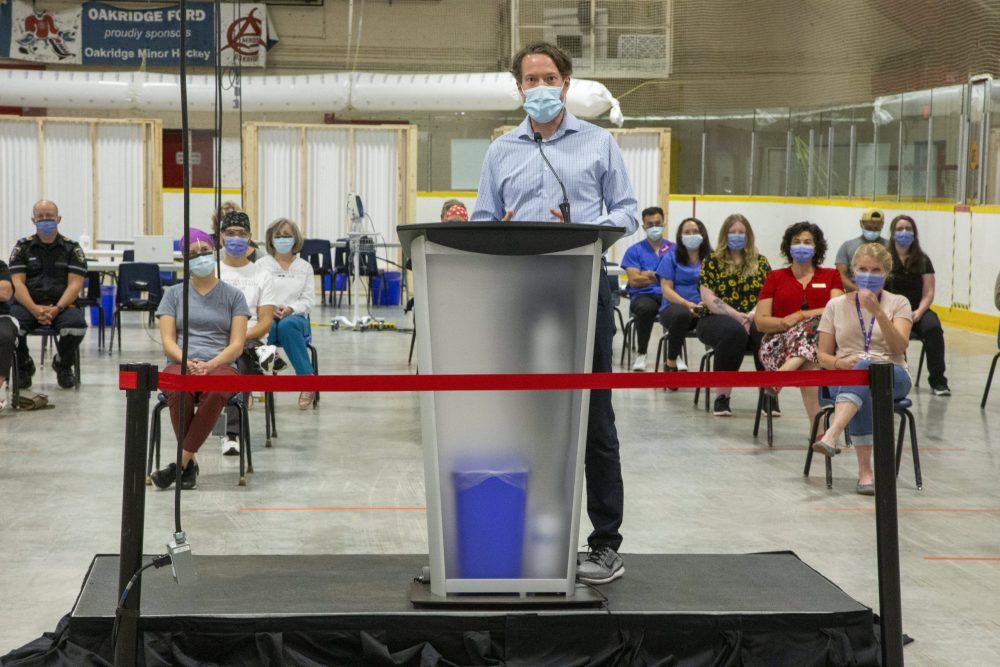 The former Middlesex-London Medical Officer of Health was awarded nearly $470,000 in 2021 – 13% more than the previous year – even though he was on furlough for six weeks and at a time of reports of a toxic workplace at the health office.

Chris Mackie was paid $468,874 last year, according to a report to be presented to the Middlesex-London Board of Health on Thursday.

Together, the two top workers at the Middlesex-London Health Unit have received nearly $900,000 in 2021, a year the health unit led a massive vaccination campaign against COVID-19, guided the local public health response to waves of the COVID-19 pandemic and also faces questions over reports of a toxic workplace and harassment by a top doctor.

Mackie’s March 9 resignation as medical officer of health follows 20 turbulent months. In 2020, he was replaced as chief executive of the health unit in a move he says allowed him at the time to focus on the pandemic.

Mackie participated in his last COVID press briefing on October 21, 2021. Three weeks later, the health unit announced he was on leave, but no reason was given for his departure.

Mackie disappeared from the public eye until March 3, when he attended a rare in-person health board meeting. He and Reid declined to say what was discussed behind closed doors.

Mackie quit the next day. A few days later, he posted a 45-tweet letter to the community on Twitter, highlighting the successes under his leadership and praising the health unit and the community. He declined to give interviews.

Summers, who had replaced Mackie as acting medical officer of health, was appointed to the role on March 9.

Reid, who became chairman of the Middlesex-London Board of Health in January, said some of the money Mackie received in 2021 was due for overtime he worked at the end of 2020.

“It’s pretty clear that everyone in public health was working a lot of overtime to make sure vaccination campaigns were going smoothly, they had to create those plans from scratch,” Reid said.

The rest of his pay consists of vacation pay, pay for working holidays and similar items, Reid said.

Reid pointed out that overtime money for Mackie is not performance pay.

“This amount is not a bonus,” he said. “It’s like giving someone their hourly rate and acknowledging that they’re essentially doing the work of two people.”

“All overtime is fully paid for by the province,” he said. “It’s a contractual obligation to pay for this . . . it doesn’t actually come from the budget of the health board” and would not be passed on to municipal taxpayers, he said.

Employers such as health units, hospitals and universities are required by provincial law to report employees who earn more than $100,000 per year.

Sign up to receive a curated collection of links and highlights from our award-winning news coverage, in-depth analysis and unrivaled weekday noon investigative features.

Thank you for your registration!

A welcome email is on the way. If you don’t see it, please check your spam folder.

The next issue of LFP Noon News Roundup will soon be in your inbox.

We encountered a problem during your registration. Try Again