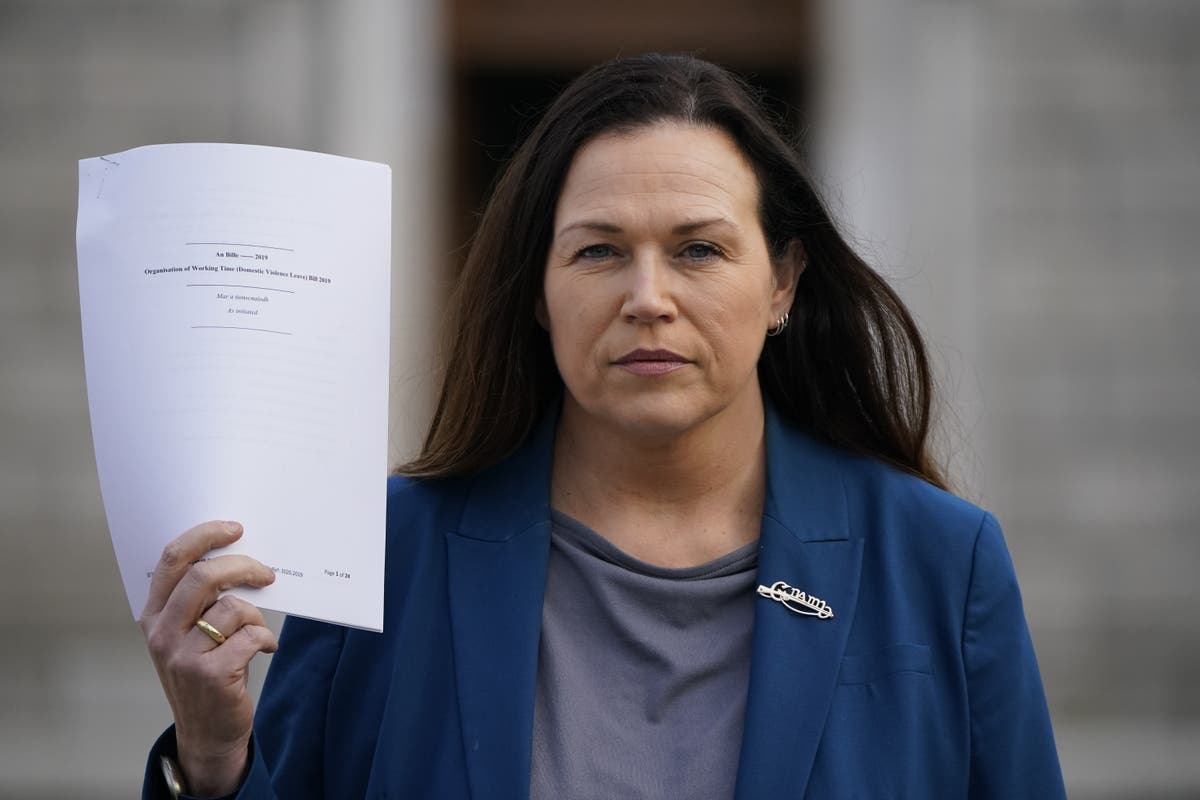 The Equality Commission is due to discuss a bill to introduce paid work leave for victims of domestic violence.

The legislation, introduced by Sinn Fein’s Louise O’Reilly, would give victims of domestic abuse a legal right to ten days paid leave.

The draft law on the organization of working time (leave for domestic violence) is due to be presented to the Equality Committee on Tuesday.

“This bill is important because domestic violence is not just an equality issue,” Ms O’Reilly said.

“It is a question of society, but it is also a question of workers’ rights and we believe that an amendment to the law on the organization of working time is the most appropriate way because it puts this leave with other statutory holidays.

“There are private companies and state-backed organizations already well ahead of this.

“But now we think women can’t wait any longer.

“Only a week ago we had statements in the Dail following the very tragic murder of Ashling Murphy. We all collectively said enough was enough and we needed firm action.”

The government’s plan to introduce paid domestic violence leave is due to go to Cabinet next month.

The plans were in the government program.

However, Ms O’Reilly said it could be “a long time” before the government’s legislation is complete.

“They didn’t produce the headliners,” she added.

“Now is the time to pass this legislation.

“It needs to move to the next step quickly and we want to see this as law, so that victims and survivors have the right to legal domestic violence leave.”

“This is something we have been calling for for many years,” a spokeswoman for Women’s Aid said in a statement.

“Women’s Aid believes that paid domestic violence leave, as part of a comprehensive package of workplace measures, can play an important role in helping women who are victims of violence to remain in employment and therefore to broaden their capacity for action and their choices.

“These include medical visits, attending and preparing for a number of criminal and civil legal proceedings, counseling themselves or their children, seeking new accommodation, moving house, changing homes, etc. children’s school, to consult specialized services in matters of domestic violence.

“It may be impossible to deal with these matters outside of working hours because services are not available or because the woman may need to hide her activities from the abuser.

“Women have no choice in timing appointments with specialist support organisations, lawyers or for legal proceedings.”