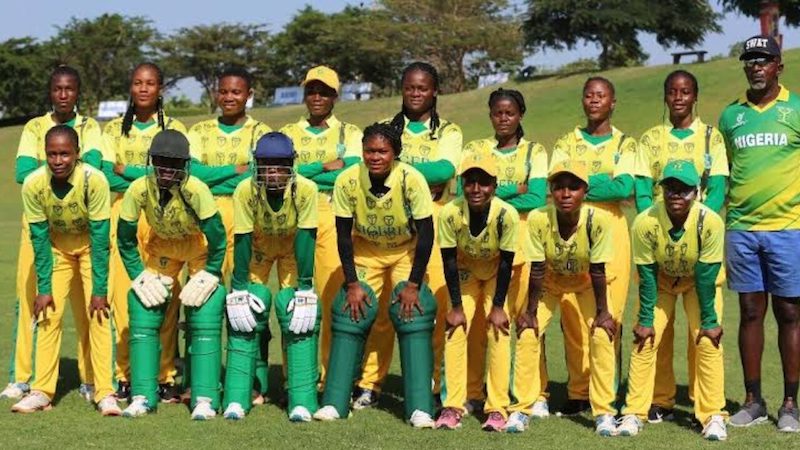 Cricket: Nigeria succumb to Uganda, to face Kenya on Tuesday

Nigeria’s cricket team, Female Yellow-Green, lost for the first time in the 8th Kwibuka Women’s T20 Tournament underway on Sunday against Uganda by 9 wickets, to reduce their stats to three wins from four matches and second in the General classification.

Nigeria coach Leke Oyede said all matches have been learning curves for the team. “We learned from the wins and also from our loss today against Uganda. I think that gives us more things to work on as we prepare for more games.

Oyede said the players took the instructions very well and were the real winners. “I’m very proud of them. They made my job and that of my assistant Theophilus much easier,” he added.

Nigeria’s campaign at the Kwibuka T20 tournament was impressive with convincing victories over top-seeded Brazil, Germany and Botswana ahead of Sunday’s loss to Uganda.

“I will not make any promises. I know that we would have rested enough and analyzed our chances against them before the hour,” stressed coach Oyede.

Federation President Uyi Akpata also said he believed the girls needed a visible show of support more than ever at this time.

“We’ve seen them improve tremendously since the last outing at the NCF Women’s T20 Invitational in Lagos and I think the least they deserve is our support,” observed the NCF boss.

In other matches played on Sunday, hosts Rwanda secured their second victory of the tournament beating Germany after losing to Uganda and Kenya earlier in the tournament. Their first victory was against Brazil.

They will look to improve their chances of lifting the trophy on Tuesday when they face the Tanzanian women at the IPRC ground. Tanzania, on the other hand, played only three matches and won everything (Botswana, Uganda and Kenya), to take the lead in the standings ahead of Nigeria.

Nigeria will face Tanzania on Wednesday and finish the round robin stage with a draw against their perennial rivals and host Rwanda on Thursday at the IPRC Oval.

Akpata added that “No matter how it goes, we are very happy with the development of the players. It’s a very good thing to have beaten two big teams who are ranked ahead of us by the International Cricket Council. But then, given what we’ve seen so far, I’m confident the girls still have surprises up their sleeves and we’ll give them all the support they need.

‘The Long Road:’ 2 Marines marching across America along Route 20 to raise awareness of MIAs