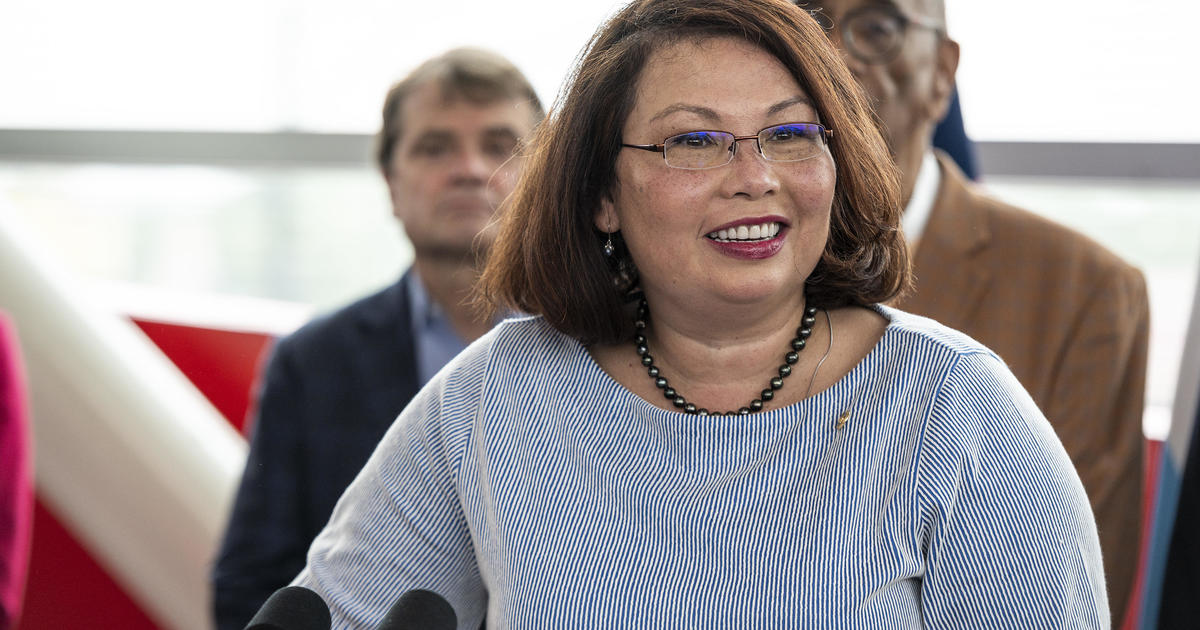 Senator Tammy Duckworth introduced a bill on Tuesday that would grant three days of paid leave to women after pregnancy loss, failed adoption or surrogacy, an unsuccessful fertility procedure or related medical diagnosis.

It is a condition that the Democratic Senator from Illinois herself suffered; she miscarried during her 2016 senatorial campaign.

“I found out in the morning that I had miscarried and had to go back to work in the afternoon, and I really needed time to process,” Duckworth told CBS News in an interview. “It’s so deeply personal, this journey to parenthood for families, and having to go back to work the same day and not being able to grieve … Or sometimes you have to pull your resources together and figure out what you are doing. go get it done then and not have that time – it seems to me that this is something that is an oversight when it comes to family leave policies. “

Currently, there is no federal paid vacation program in the United States. The Family and Medical Leave Act (FMLA) allows those who are eligible to take up to 12 weeks of unpaid leave to care for a newborn, newly adopted child, or family member. the family with a serious health problem.

In March, New Zealand’s parliament made headlines for approving three days of paid leave for women after miscarriage or stillbirth.

Duckworth’s Support Through Loss Act, which she is presenting with Massachusetts Rep. Ayanna Pressley, would require employers to provide at least three days of paid leave after pregnancy or related loss. He would also order the Department of Health and Human Services and the Center for Disease Control to provide additional support resources and public information related to pregnancy loss. And that would provide $ 45 million per year to the National Institutes of Health for research programs related to pregnancy loss.

According to the American College of Obstetricians and Gynecologists, at least 10% of known pregnancies end in miscarriage. But Duckworth notes how cases can often go unreported due to apprehension of cultural stigma. The experience is isolating, she says.

“Immediately I thought, have I done something wrong?” Did I not give myself the progesterone injections at the right time? Was it my fault that I had this miscarriage? Duckworth said, recounting her own experience of becoming pregnant through in vitro fertilization.

“I was getting mixed messages as I dealt with my miscarriage. On the one hand, I was mourning the loss and was on the phone crying with a friend about the loss. On the other hand, my doctor said it was perfectly normal, women miscarry all the time, he tried to comfort me by saying that I hadn’t done anything wrong, “she said. “My doctor was trying to normalize it … and I didn’t feel normal. I felt devastated.”

The senator hopes the legislation will allow more women to share their experiences and make them feel less alone.

“I think that will allow more people to come forward and say, ‘Hey, I’m going through a rough time right now and I need some time to deal with this,'” said Duckworth, who was also open. on her long road to pregnancy which included IVF treatments. Duckworth was the first U.S. senator to give birth during her tenure and lobbied to change Senate rules to allow her newborn baby to sit while she voted.

Duckworth told CBS News she was speaking with Republican members in hopes of gaining bipartisan support for her bill. She recalled legislation she drafted while in the House to provide breastfeeding support for traveling mothers. She approached fellow Republican doctors who “understood the importance of breastfeeding for children’s health” and were considering following a similar strategy with this legislation.

“It’s a lived experience and why diversity is important in Congress,” Duckworth said. “I think it takes women in office who have been there to really bring it to the fore.”