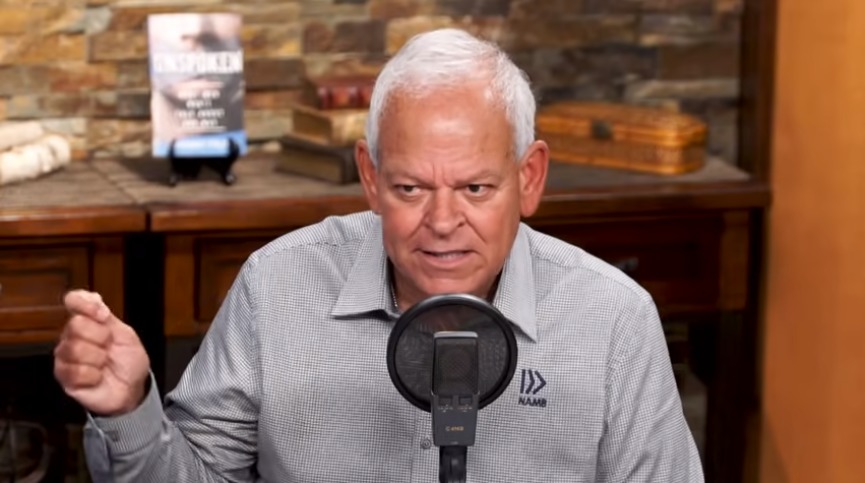 Former Southern Baptist Convention President Johnny Hunt has been officially suspended as Pastor Emeritus at Woodstock First Baptist Church in Georgia after an investigation found credible allegations that he sexually assaulted the wife of a younger pastor several years ago.

“We recommended to our former pastor, Johnny Hunt, a clear process of counseling, accountability and restoration,” Pastor Jeremy Morton and other church leadership noted in a statement. letter published last Friday. “We also believe it is in the best interest of the FBCW to suspend its role as Pastor Emeritus.”

While praising “the supernatural work of God” over the past three decades, church leaders said they believe “this decision aligns with our biblical theology as a church regarding spiritual leadership. blameless (1 Tim. 3:2).”

Hunt’s suspension follows May 22 report compiled by outside firm Guidepost Solutions detailing the results of an investigation into allegations that SBC executives intimidated whistleblowers and exonerated churches with credible allegations of neglect of victims of sexual abuse.

According to the report, the unidentified victim alleged that Hunt, who was on sabbatical from his role as senior pastor at First Baptist Church Woodstock at the time, sexually assaulted her in Panama City Beach, Florida, on 25 July 2010. The alleged victim, along with her SBC pastor husband, considered Hunt a mentor.

The incident happened while she was staying in a condo adjacent to Hunt’s for a brief vacation. In addition to inappropriately touching her against her will, Hunt is accused of telling the woman he wanted to have sex with her three times a day.

Hunt published a statement addressed to the church on his Instagram account on May 27. He admitted that although he had an encounter with the pastor’s young wife, Guidepost Solutions’ report was “sensationalised” and the account contained details that are not true.

“Our brief, but inappropriate encounter ended when – in response to an overwhelming sense of conviction – I arrested her and fled the situation. I remember saying just before leaving the apartment “It’s not right. I have no business here. I love my wife.” I never again went into a private room with the woman involved,” Hunt wrote.

“I thank God that we didn’t go any further than we did, but that’s also no excuse for my grave sin. I will regret this day for the rest of my life and I take responsibility of the situation because I chose to enter his apartment,” he said. “I’m sorry. It was a terrible sin but it was a consensual meeting. It was not abuse neither Was it an assault. Almost immediately after the 2010 incident, I began a process of taking personal responsibility for my personal sin.”

The pastor emphasized that he was not seeking sympathy from anyone for his sin. But he said in the letter to the church that he had been emotionally vulnerable after a battle with cancer in 2010.

“I entered a season of deep despair and probably clinical depression. I remember [my wife] then wondering how I felt and told him, ‘I feel like something inside me has died,'” Hunt’s letter read.

“It was during that summer that I allowed myself to come too close to a compromising situation with a woman who was not my wife. It happened when she invited me to her vacation apartment to a conversation. Against my better judgment – ​​I chose to go.”

Hunt said after meeting the pastor’s wife, who is 24 years his junior, he apologized to his wife and the woman’s husband and sought professional help.

“I was ready to resign from my ministry at the time, forever. However, after completing this private process [of reconciliation], which involved asking God and those involved for forgiveness, and recovering from that dark and depressing season, I felt I could return to Woodstock in the fall of 2010,” he said. ” That’s what happened. I want you to know it’s the truth. It’s also the whole truth.”

Hunt insisted that “the narrative depicted in the Guidepost report is sensationalized”. He maintained that he had not “groomed the woman involved” or “intentionally arranged the meeting”.

There are other details in the description that are presented as facts that did not happen,” Hunt said.

“The most absurd allegation is that this brief consensual encounter constituted an assault,” he concluded. “That’s not the case. That’s why I denied the accuracy of the report, and why I deny it now.”

The Wings’ next homestand will test their growth