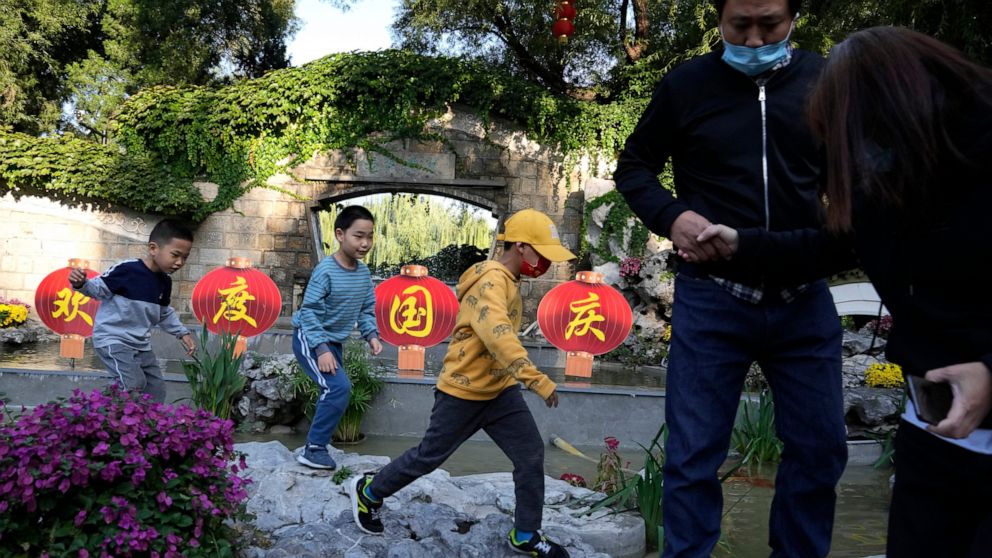 BEIJING – China saw a significant drop in travel over the National Day holiday last week. Those at home seemed to have chosen the cinema instead, with a patriotic Korean War film that grossed more than 3.45 billion yuan ($ 535 million) at the box office.

The state-run Xinhua News Agency reported that in the seven-day holiday starting Oct. 1, China recorded 515 million trips, just over 70 percent over the same period last year before the coronavirus epidemic does not result in travel restrictions and requests for tests, vaccinations and quarantines. .

Spending appears to have rebounded, however, with tourists spending 389 billion yuan ($ 60 billion) during the holidays, up nearly 60% from last year, Xinhua reported, citing figures from the Ministry of Foreign Affairs. Culture and Tourism.

These numbers are being watched closely as China seeks to shift its economic model from real estate and infrastructure investment to a more service-oriented and consumer-driven model.

China last year became the world’s largest box office by reopening theaters and other entertainment venues while the United States and other developed economies still struggled to contain the coronavirus pandemic.

The government maintains strict control over which films can be screened and enforces an unofficial ban on foreign productions during national holidays, when it seeks to promote domestic releases praising the ruling Communist Party.

Under the title “The Battle of Changjin Lake”, the box office champion of the festival tells the story of Chinese troops fighting American soldiers during the 1950-1953 Korean War.

The episode is known in the United States as the Battle of the Chosin Reservoir, in which the United Nations troops led by the United States escaped from an encirclement in freezing weather by Chinese forces who were entered the conflict earlier that year to help their North Korean allies. .

China hails the conflict, in which UN and Chinese forces have fought to a standstill that continues to divide the Korean Peninsula, as a patriotic national struggle called the “war to resist American aggression and help Korea “.