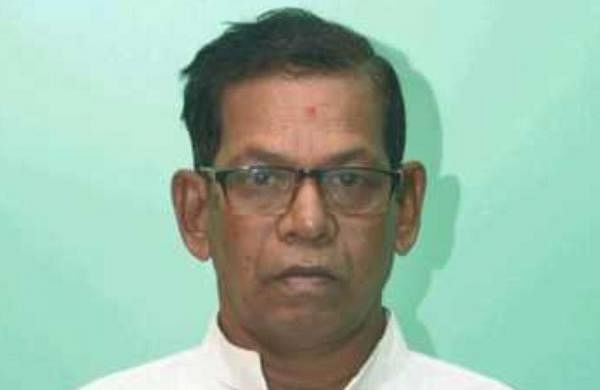 BHADRAK: Formerly an MP, now a candidate for membership of Zilla Parishad (ZP). Meet Prafulla Kumar Jena, a former legislator who entered the electoral arena as a candidate for panchayat elections after an electoral sabbatical of more than 25 years.

Jena was presented by BJD as a candidate from ZP 15 zone in Bhadrak district. The 57-year-old leader was elected to the Odisha Assembly from Bhandaripokari constituency on a Janata Dal (JD) ticket in 1991. However, he was denied a party ticket in 1995 and relegated to oblivion until upon his appointment on Tuesday.

“I was seeking to graduate when JD made me a candidate for the by-election for Bhandaripokhari Assembly Seat as the late Arjun Sethi, then MP, was elected to the Lok Sabha of Bhadrak. In fact, I passed my final year exam as an MP. I remained a legislator for four years, but was denied a ticket in 1995 when the party decided to remove Arjun Babu from the seat,” said Jena, a resident of ‘Agarpada.

Asked about his long political hiatus, he said: “Since I became an MP, I could not prepare myself to compete for positions such as sarpanch and samiti member. So I appointed my uncle president of the Bonth bloc and the my brother’s wife a sarpanch. Thanks to them, I continued to serve people.

The former lawmaker also served as general secretary of BJD’s Bhadrak unit from 2004 to 2019. “I have always been involved in party activities. Now, since ZP 15 became a reserved seat, I was approached by the local BJD MP to contest the election and I accepted,” he said.

Jena receives Rs 32,000 as a pension for her time as a deputy. “I spend the amount on people’s welfare,” he said.

After Sethi joined the BJP in 2019, Jena also followed suit. However, he returned to BJD in the same year. “I was in the BJP for a brief period. Arjun Babu was my political guru and helped me build my political career. So when he jumped ship, I was forced to follow him on moral grounds “, did he declare.

“I am convinced of winning the elections because the voters are with Chief Minister Naveen Patnaik for his social initiatives”, signed the ZP candidate.