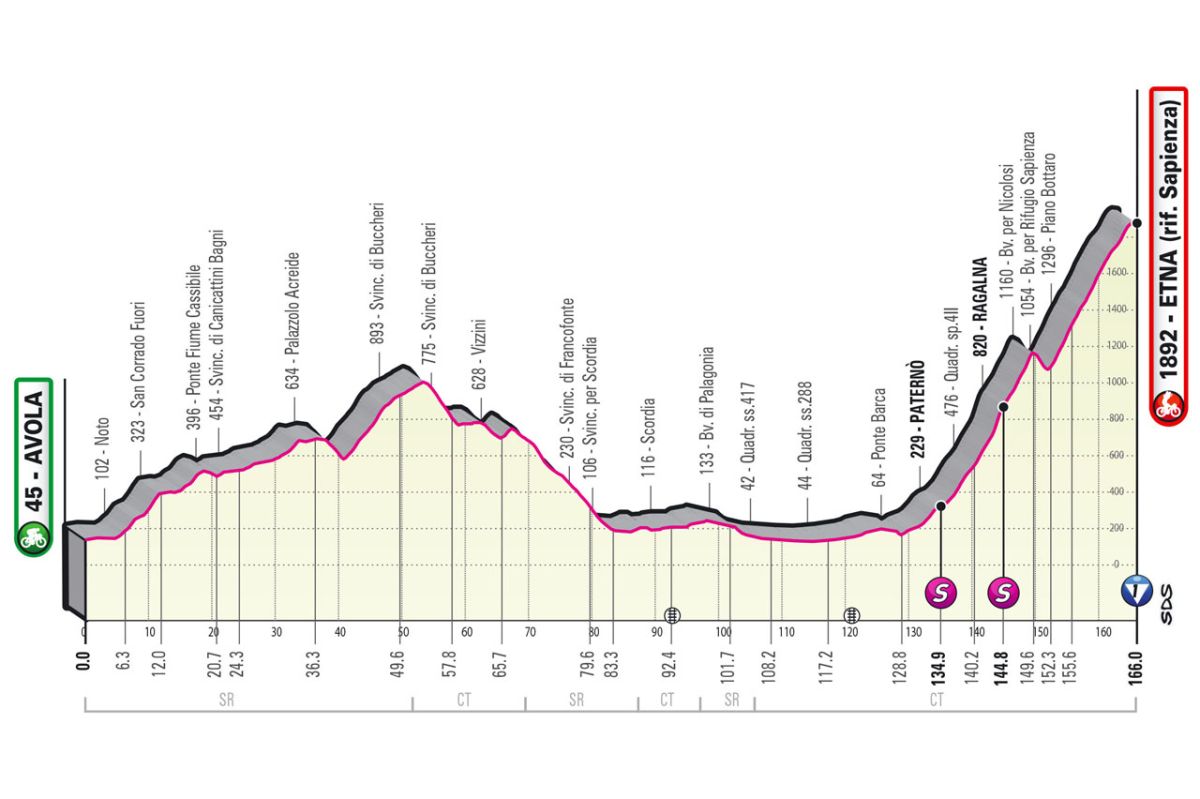 After an early morning rest day to allow riders, staff and crews to travel from Hungary, Stage 4 of the Giro 2022 is the first to take place on Italian soil, but not on the continent. Instead, the peloton will cross the southernmost of the Italian islands, Sicily.

The stage offers a stark contrast to the largely flat Hungarian stages, with 3,580 meters of elevation gain, and should offer the race’s first big opportunity for the general classification riders to come out on top in the competition for the pink maglia.

Starting in the seaside resort of Avola, the race heads inland away from the Ionian coast and north through the island’s characteristic steep landscape. The first 50km or so is pretty much all uphill which will pose challenges as the break for the day tries to establish itself. Then once finished with a significant downhill section, there is a largely flat segment of around 55 kilometers which takes the peloton to the start of the main climb of the day.

There are two intermediate sprints on the lower slopes before the ascent of Etna begins in earnest. It is one of the most used climbs in recent Giro history, with four of the last six editions of the race. Etna has been a favored hunting ground for the breakaway in recent years – all three previous recent climbs have been won by a breakaway rider.

The climb is listed as 25.6 km in length with an average 5.6% gradient. It varies towards the steepest extreme in the early stages, with over a mile at an average of 11.4% and with a high of 15%. It’s likely that some early attacks will be launched here and the peloton will break up as the GC contenders test each other for the first time.

After a few miles of welcome relief as the climb turns into a descent, riders face a relentless 13.5km final slog at a fairly steady 6.2% average gradient.

When She Returned From Maternity Leave, This Teacher Let Her Kids Ask All The Questions They Wanted, And Some Of Them Are Hysterical