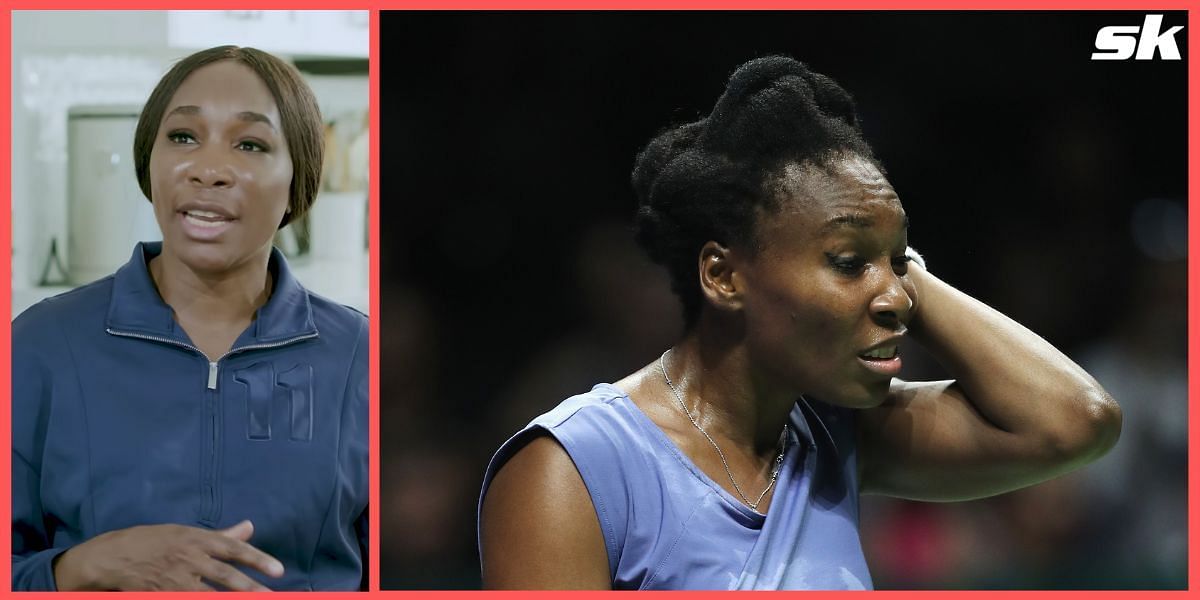 Venus Williams, one of the most famous women’s singles tennis players in history, recently opened up about her struggles with Sjögren’s syndrome, an autoimmune disease.

The 42-year-old suffered from Sjögren’s syndrome in 2011. She withdrew ahead of her second round match at that year’s US Open against Sabine Lisicki after being diagnosed with the autoimmune disease which causes fatigue, muscle and joint pain.

Williams returned to the tour after a sabbatical but struggled to be dominant herself. Currently ranked 571st in the singles rankings, the former world No. 1 and seven-time Major champion has not been in action for almost a year. She recently opened up about her battle with Sjögren’s Syndrome and how she learned to live with it.

“In 2011, I was diagnosed with an autoimmune disease called Sjogren’s syndrome,” Williams said. “I live with Sjogren’s Syndrome every day, and I’ve kept finding a way to make a life and a career and make the most of it, which isn’t always easy, but it’s part of the challenge.”

Venus Williams spoke about the differences between Sjögren’s syndrome and other autoimmune diseases:

The 42-year-old opened up about how the autoimmune disease affected her.

“Those very special friends that come with him are dry eyes and dry mouth,” said Venus Williams. “I find it very difficult to wear contact lenses. My eyes are just too dry to wear them. It can be very uncomfortable to the point of getting sores in your mouth so you can see an extreme Sjogren’s syndrome or an extreme flare-up or extreme symptoms can start to really affect your life.”

Venus Williams did not play tennis for nine months after she was first diagnosed with Sjögren’s syndrome. She reflected on the “frustrating” time in her life and how she struggled to play her best tennis.

“Everyone’s life is affected in different ways by autoimmune diseases,” she said. “For me, it really affected my job and my profession. I couldn’t play tennis anymore and I was out of the game for maybe nine months. I also struggled to play my best tennis, so of course it was frustrating especially when you expect a lot from yourself.”

Williams opened up about changes to her daily routine — like sleeping more and not reading her emails at night — to combat illness and her stress levels.

“It’s very frustrating, especially when you run into limits and you can’t do everything you wanted to do before,” she said. “I had to learn to pace myself, so that was important. My life doesn’t involve a lot of rhythm, but you know, there are certain things I have to do – I really should sleep. I learned to love doesn’t read emails at night.”

She also talked about how she had to learn and relearn a lot.

“I made some different rules for myself to hopefully help my stress levels,” Venus Williams said. “I don’t think I follow these rules like I should, but I’m working on it. Especially in the beginning, I really had to learn to rest. I think there were times when I would push myself so much I I was literally collapsing and I couldn’t get up, so I had to learn to stop doing that.”

Venus Williams has opened up about the “simple” things she couldn’t do – like getting dressed – that most people take for granted.

“I couldn’t get out of bed, so I think there are some people who obviously can have so much joint pain that it’s very difficult to get dressed. So those are challenges that as an adult , you want to be able to dress up, those are simple things that we take for granted in life,” she said.

Williams stressed the importance of support from family and close friends.

Read also
The article continues below

“It’s important that your immediate family and family members support you. It’s extremely important because you live with an autoimmune disease or a chronic illness, you look fine, but you’re not going to fine,” she said.

Venus Williams turns 42 today and confirmed this week on social media that she will not be playing at Wimbledon this year.

“I hope Serena playing Wimbledon helps you with your Williams fix,” she said.

Venus Williams turns 42 today and confirmed this week on social media that she will not be playing at Wimbledon this year. “I hope Serena playing Wimbledon helps you with your Williams fix,” she said. Five-time Wimbledon singles champion Williams reportedly needed a wild card https://t.co/K2fOwQ1Wx7

The 42-year-old is expected to return to action this season but will not feature at the upcoming Wimbledon Championships.