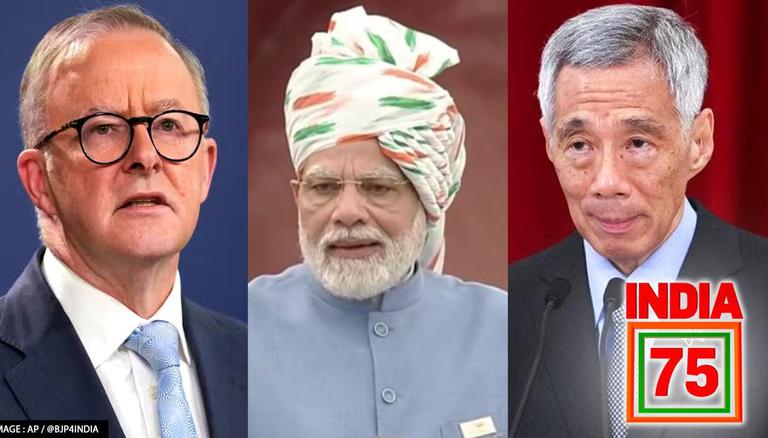 Marking India’s 75th Independence Day, governments and leaders around the world on Monday expressed their wishes for the world’s largest democracy. Australian Prime Minister Anthony Albanese remembered Prime Minister Jawaharlal Nehru’s call for his people to join with confidence in the adventure of their newfound independence. He hailed India’s “remarkable” achievements while recalling the “great memories” he has of traveling the country.

Albanese said that as comprehensive strategic partners, India and Australia remain committed to growing bilateral cooperation. He noted that this year, the two nations’ economic and trade ties will “further support opportunities for mutual growth and prosperity.” He said: “All Australians applaud India’s successes and the many achievements that define this great country and its people.”

The Australian Prime Minister said: “On the first Independence Day in 1947, when Prime Minister Jawaharlal Nehru called on his people to join in the adventure of his newfound independence in confidence, the world could not have imagined how well India would respond to his call.

“The emergence of the largest democracy in the world and the achievements of independent India have been remarkable,” he added.

Meanwhile, the wishes of the Singapore government were conveyed by the country’s embassy in India. Taking to Twitter, the Singapore Mission to India said, “Wishing India a wonderful 76th Independence Day! Many remarkable achievements by our dearest friends in the world’s greatest democracy of which we can be proud.

We wish 🇮🇳 a wonderful 76th Independence Day! Many remarkable achievements of our dearest friends in the 🌏 greatest democracy that we can be proud of. Happy 🇮🇳 cont to move forward and realize its immense potential, & 🇸🇬 cont to be part of its growth story. We look forward to reaching new heights. pic.twitter.com/56JghBccHn

Russia also hailed India as its “trusted partner” in the 75th Independence Day congratulatory message. Russian Ambassador to India Denis Alpov sent his “warmest congratulations” to the Indian people. He said, “Russia, as a trusted friend, sends best wishes to India on its path of progress for the benefit and prosperity of the Indian people. Jai Hind! Jai Rus!” Meanwhile, the British High Commissioner to India, Alex Ellis, wished India in a Hindi message saying, “Happy 75th India Independence Day.”

Warmest congratulations to all Indians on the 75th Anniversary of Indian Independence!

75 years ago, India embarked on an incredible journey to take the place it deserves among the world’s major powers.#IndiaAt75 pic.twitter.com/9MLxiyq9St

US President Joe Biden also congratulated New Delhi and hailed America’s “indispensable” partner. In a statement, Biden said India and the United States would continue to work together to address global challenges in the years to come. The US president also referenced Mahatma Gandhi’s “enduring message of truth and non-violence” as India marked 75 years since the end of British colonial rule in 1947.

Biden said: “As people around the world, including nearly four million proud American Indians, mark India’s 75th anniversary of independence on August 15, the United States stands with the people of India. to honor his democratic journey, guided by the enduring message of Mahatma Gandhi. of truth and non-violence.

“India and the United States are indispensable partners, and the U.S.-India strategic partnership is grounded in our shared commitment to the rule of law and the promotion of human freedom and dignity…I am confident that in the years to come, our two democracies will continue to unite in upholding the rules-based order; fostering greater peace, prosperity, and security for our people; advancing a free and open Indo-Pacific; and together addressing the challenges we face in the world,” he added.