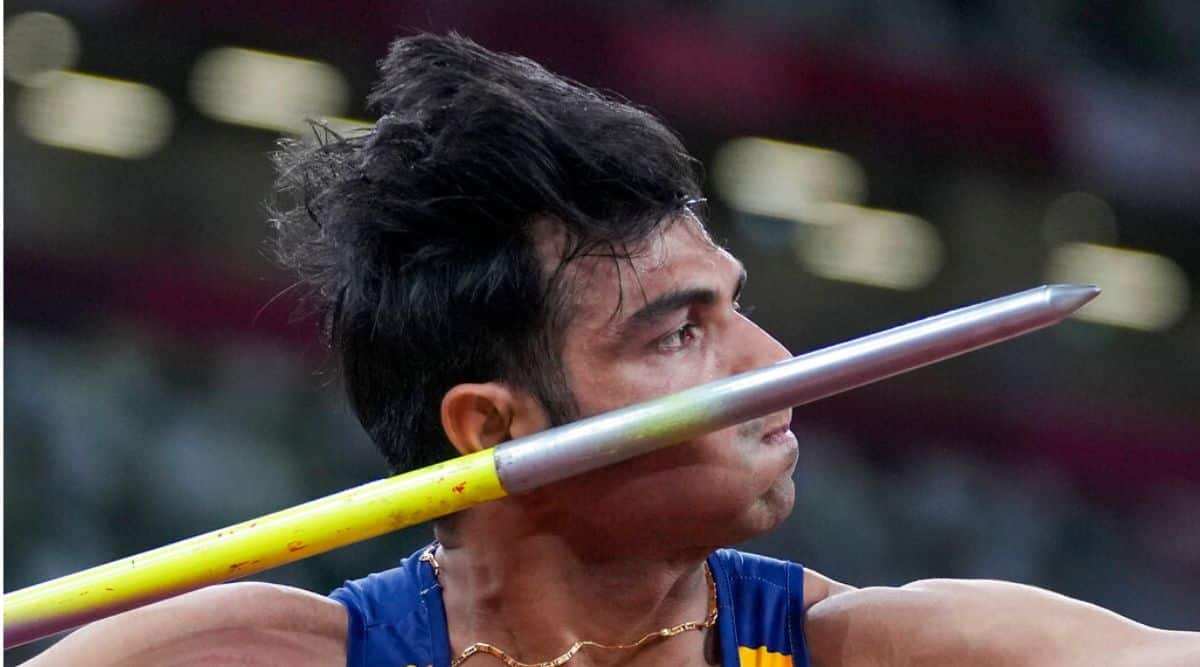 Olympic champion javelin thrower and world championship silver medalist Neeraj Chopra has withdrawn from the Commonwealth Games, which start on Thursday in Birmingham.

Chopra, the defending CWG champion, suffered a groin injury in the world championship final in Eugene, USA on Saturday. He underwent an MRI the following day and was then advised a month’s rest by doctors, according to Rajeev Mehta, the secretary general of the Indian Olympic Association (IOA).

“I was informed by the Athletics Federation of India today morning that Neeraj is not 100% fit. He had injured his groin and after scans he was told to rest for a month. Therefore, he will not participate in the Commonwealth Games,” Mehta told The Indian Express.

The 24-year-old was expected to be India’s flag bearer at Thursday’s opening ceremony. Mehta said a decision on the new flag bearer will be made soon in consultation with other AIO board members.

Our Olympic Champion @Neeraj_chopra1 will not defend his title @birminghamcg22 due to concerns about his physical condition. We wish him a speedy recovery and support him in these difficult times.#EkIndiaTeamIndia #WeareTeamIndia pic.twitter.com/pPg7SYlrSm

In the absence of Chopra, it will be up to DP Manu and Rohit Yadav to try to finish on the podium. However, it will not be easy due to the presence of Peters, the world champion and 2012 Olympic champion Keshorn Walcott. Pakistani Arshad Nadeem, who finished fifth at the World Championships, will also be there. Manu has a personal best of 84.35m, while Yadav’s throw is also 82.54m.

Chopra said after Saturday’s final, where he won the silver medal, that he would be able to assess the extent of his injury once his body cooled and hinted he would not take any risks vis-à-vis the CWG.

It’s something he’s been cautious about after suffering an elbow injury three years ago which kept him out of action for an extended period of time. After the operation, Chopra stopped punishing his body if he felt tension or discomfort. He had been out of action for a year and could not risk another injury.

“At first he was just pushing himself through the pain. Now he has matured. He knows it’s okay not to train when he hasn’t slept well. He knows that there is no point in doing a morning session without a complete recovery. He will tell us if he feels tightness around the shoulder or the hip. If the trainer says you need to do a 200 lb squat or a 200 lb snatch and he feels he is not capable of doing it, he will give his opinion. He knows how to prevent injuries, ”said his physio Ishaan Marwaha to this newspaper.

The injury also puts a question mark over Chopra’s participation in the Diamond League. Chopra was scheduled to compete in the Lausanne Diamond League on August 26. He had finished second in Stockholm and was aiming to qualify for the final in Zurich on September 7-8. At the press conference right after winning the silver medal at the World Championships, Chopra spoke about a Diamond League title as a major goal.

In Stockholm, he finished second, behind Anderson Peters of Granada. The June 30 Stockholm meeting was the first time Chopra finished in the top 3 at a Diamond League meeting.