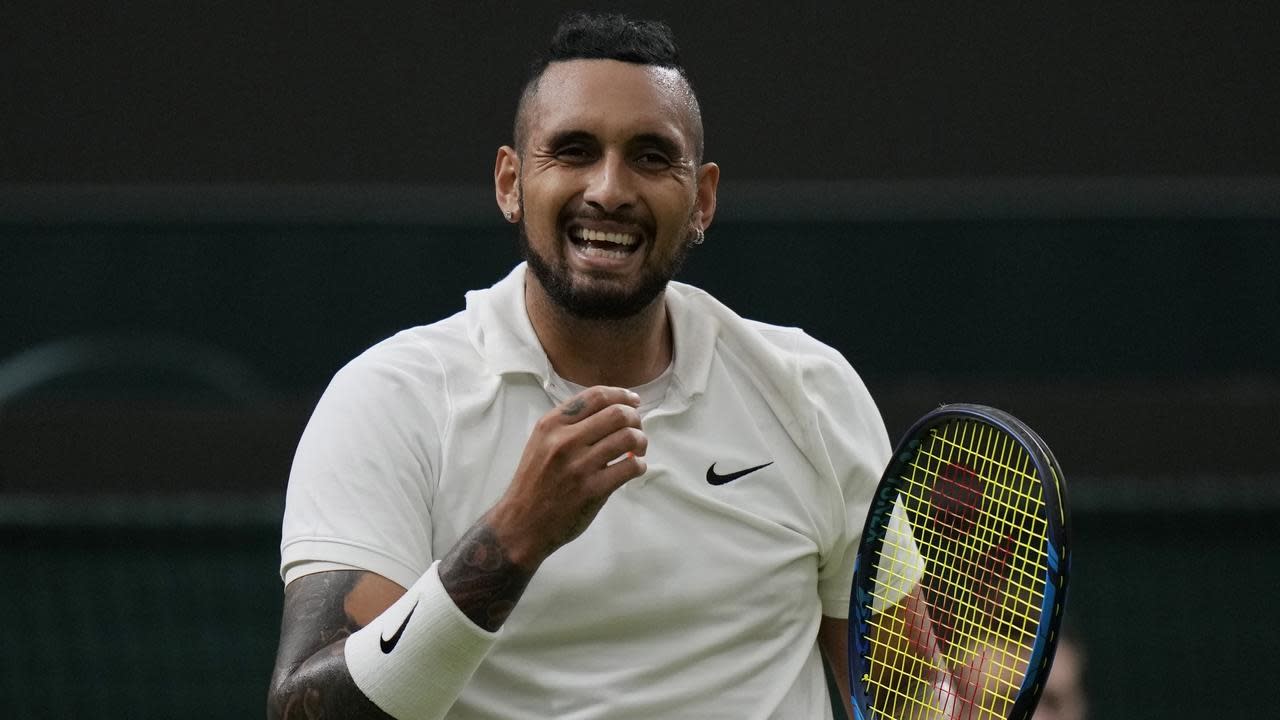 Kyrgios locked in the epic of Wimbledon

Nick Kyrgios overcame a temper tantrum and six-month sabbatical from tennis to stage a compelling Wimbledon “to watch”.

Kyrgios’ thrilling first-round encounter at Wimbledon with talented young Frenchman Ugo Humbert was suspended to two sets each five minutes before 11 p.m. local time due to a curfew in London.

Kyrgios and Humbert were stuck at 3 in the deciding set when officials called the time out on a rainy second day of the championship.

A strong advocate for no tour during the coronavirus pandemic, Kyrgios is playing his first tournament outside of Australia in 18 months.

Still, the mercurial talent showed few signs of rusting as they won the first set in a sublime manner.

But he burned after losing two sets to one behind, complaining about the seemingly slower pitch speed.

“They slowed down. It’s not grass anymore. It’s slow. Slow.

“Try watering it. Make it grass again, thank you.”

But showing how badly he wanted it, Kyrgios opened the fourth set in a spectacular way.

After berating himself on the change and complaining that Humbert was “playing too big”, Kyrgios responded with three aces and another unrecoverable serve in hopes of making a statement.

It was more than a booth.

Kyrgios beat Humbert in the fourth game and then again in the sixth to tie it in two sets.

But his momentum was interrupted when officials ended the day’s game an hour before midnight.

Less humidity to come; Timeline on when it gets comfortable and how much time is left