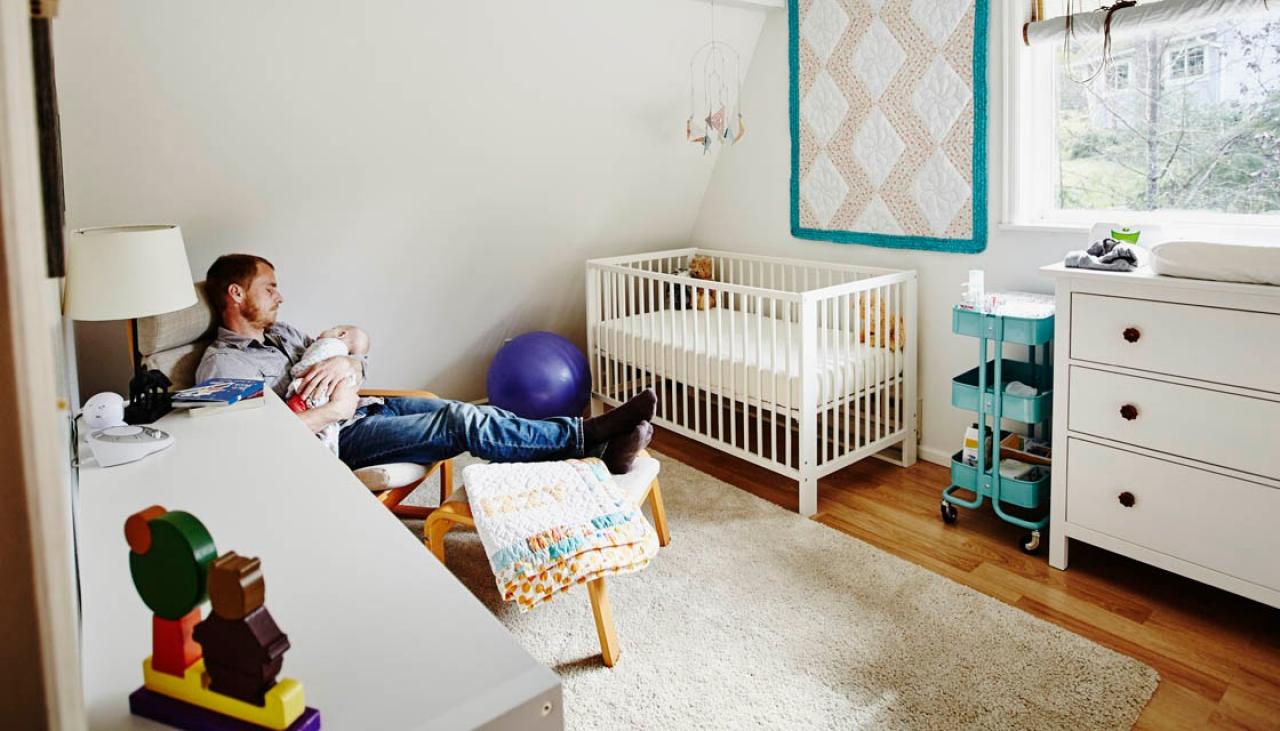 Less than 1% of New Zealand men take paid parental leave – would it offer them more to stay at home?

One way to change this would be to introduce non-transferable paid partner leave. This would apply regardless of whether or not the primary carer is entitled to paid parental leave themselves.

Such a system would provide more incentives for men to take care of their young children at home, which would allow more women to return to work.

There is evidence that it works. Sweden introduced paid parental leave in 1974, but the number of fathers taking leave only increased significantly when paid non-transferable leave was introduced in 1995.

A number of other countries already guarantee paid parental leave which includes paid paternity leave or leave specifically for fathers of young children. And a similar recommendation was made by the New Zealand National Advisory Council on Women’s Employment as early as 2008.

But OECD research suggests that paternity leave payments should be equivalent to half or more of a father’s previous earnings. Since the existing gender pay gap means that fathers are already likely to earn more than mothers, a partner-specific scheme would inevitably favor men.

Offering increased paternity bonuses to men to close the gender pay gap may seem paradoxical. But it highlights the inefficiency of current systems offering lower payments that are mostly borne by women.

Again, Swedish research suggests that separate payments to fathers can serve to close the gender pay gap by allowing mothers to return to the paid labor market. Promotion and salary increase opportunities can then increase retirement savings.

And there are wider benefits to these family-friendly policies, such as better health for mothers and children, better school performance for children, and lower stress levels for fathers.

Of course, another barrier preventing men from taking parental leave is their fear of professional and social consequences. These deeper stereotypes of women as housewives and men as providers will not disappear overnight, as the Swedish experience shows. But the fact that a female Prime Minister’s male partner has embraced the role of carer may be a start.

In the longer term, however, making paid paternity leave a more financially and socially viable option for families will mean doing more to reduce the gender pay gap and its effects on a woman’s lifespan.

There is no single solution to this multi-faceted problem, but encouraging more men to return home on paid paternity leave would help move things in the right direction.

Claire Breen is a law professor at the University of Waikato.

Plan ahead to avoid traffic during the Easter holidays

How Exactly to Plan the Ultimate Girls’ Las Vegas Trip