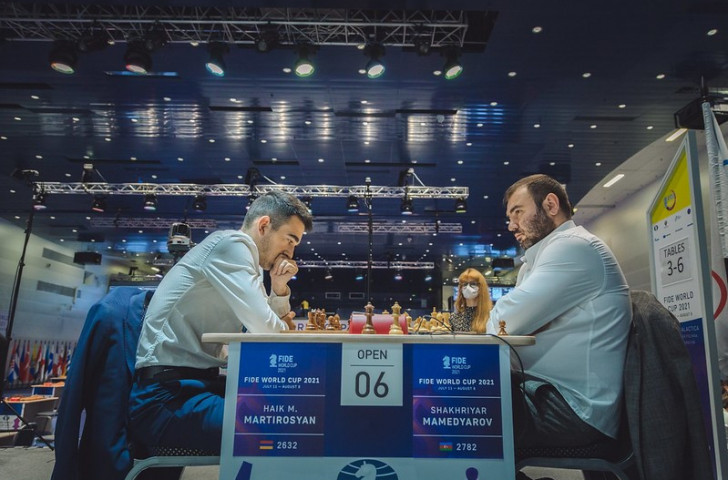 Mamedyarov failed to straighten out the 1-1 draw against Armenian Haik Martirosyan and was eventually knocked out of the World Cup by the former Under-16 World Champion, who is now 21.

Giri’s two classic matches against the 17-year-old ended in a draw and things looked safe for the favorite.

However, Abdusattorov played brilliantly in the tiebreaker to win both, setting up a fourth round match against Azerbaijani Vasif Durarbayli.

Another young player who qualified for the fourth round is 21-year-old American Jeffery Xiong, currently world number 33, who beat Sweden’s top player Nils Grandelius after a thrilling game that could have gone either way.

There were four tiebreakers in the women’s tournament, which also takes place in Sochi.

The only one that ended in the first two games was between Georgian Nana Dzagnidze and American Carissa Yip.

Dzagnidze won his second classic game to force the tiebreaker, then outscored his 17-year-old opponent to win those two games.

Russian Polina Shuvalova defeated compatriot Leya Garifullina in a thrilling home and away match that ended 3.5-2.5.

Ukrainian Mariya Muzychuk was able to join her sister Anna in the next round after beating compatriot Anna Ushenina 4.5-3.5 in a thrilling affair.

There is a rest day tomorrow, before the 32 players in the open tournament and the remaining 16 women in this bracket return to play.