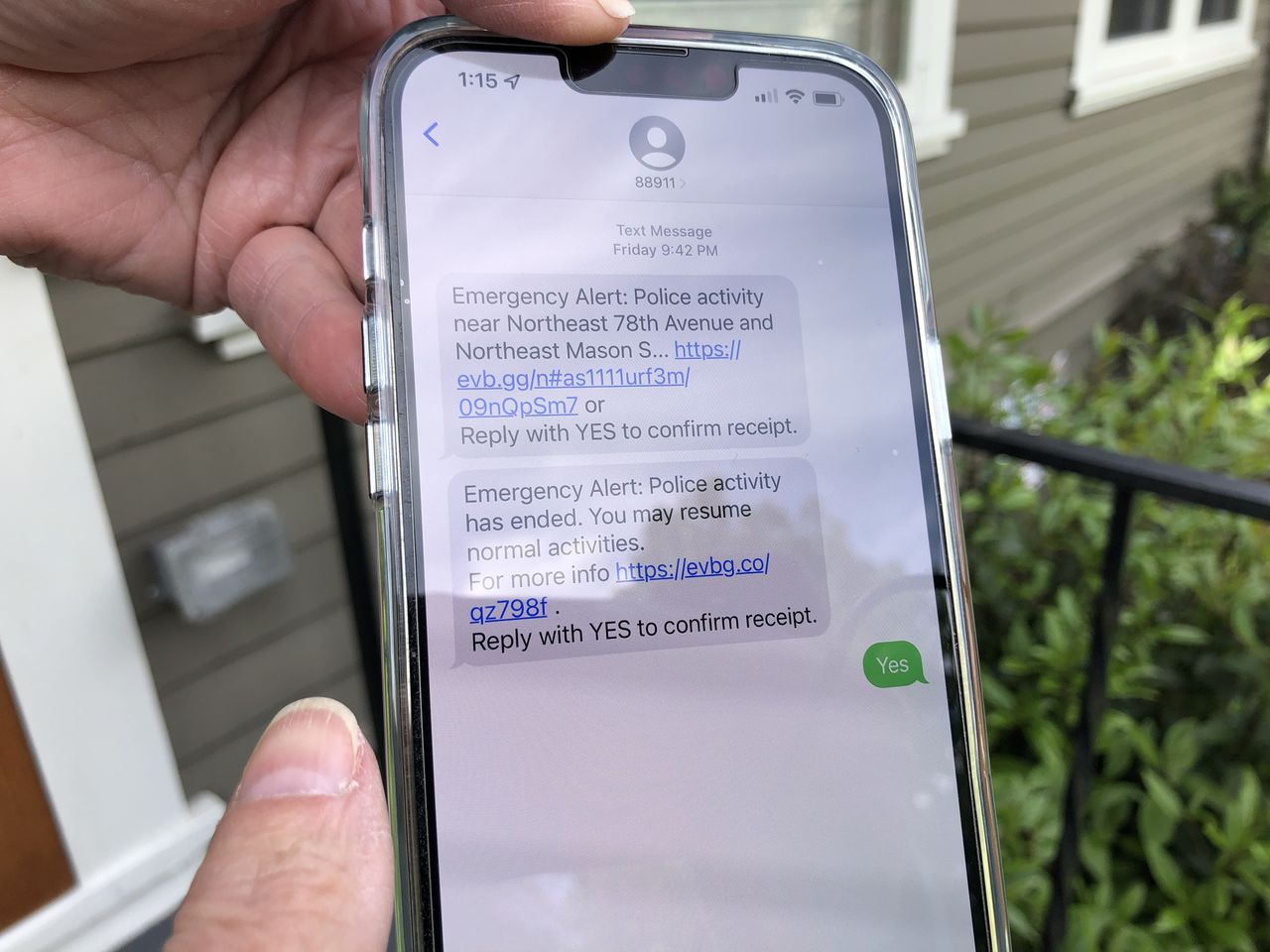 Man shot dead by Portland police remains hospitalized; a police team focused on gun violence now without a third of its officers

A man shot by members of the Portland Gun Violence Team over the weekend remained hospitalized Monday in critical condition as police supervisors try to figure out how to continue the unit’s work with a third of its agents now on paid leave.

Police stopped a silver Lexus for a suspected traffic violation Friday night in the Roseway neighborhood as it drove west along Northeast Mason Street between 78th and 79th Avenues, according to police and officials. testimonials.

At some point during the stop, a man in the car fired at a Targeted Intervention Team officer and the officer and three other team officers returned fire, according to police and residents of the region. More than a dozen shots were fired in the residential area, neighbors reported.

A woman said she grabbed her two cats and hid on her bathroom floor until the gunfire stopped. Another immediately next to where the shooting took place said she hid in her living room, away from her windows.

Soon, many residents who live near the intersection reported receiving text messages and phone calls, alerting them to police activity.

This leaves the two sergeants and eight other officers on the team available for the entire city. The unit first took to the streets in January, after Portland recorded a record 92 homicides last year.

“We’re just going to have to make do, maybe realign our days off or something,” said Lt. Kenneth Duilio, a team supervisor. “We are very lucky that we did not have an officer seriously injured or killed.”

The unit will need to adjust to a smaller team in the immediate future, police spokesman Lt. Nathan Sheppard said.

“We don’t have the people to replace the FIT officers right now,” he said.

Officers on paid leave are expected to be on leave until the completion of the criminal investigation and presentation to a grand jury for consideration.

“We hope this case can make its way through the grand jury process as soon as possible,” Sheppard said.

This will allow police “to get these officers back to work assuming, of course, that they have experienced the event on a personal level and feel ready to return to work”, and that a grand jury has not rendered no indictments against the officers. , he said.

Police have not publicly identified the man who was shot. Officers stand guard at the hospital and authorities expect to arrest and charge him upon his release, they said.

Police declined to say why the Targeted Response Team officer stopped the car. A nearby resident, Kyle Terry, said the car had no license plate.

Police said they seized a semi-automatic weapon. The man suspected of shooting an officer from inside the car suffered life-threatening injuries, they said, but did not describe the injuries.

At one point, paramedics from the Portland Fire & Rescue Bureau were called to the scene to check on an officer who a dispatcher believed might have been hit, according to audio from the dispatch.

Terry said he saw officers tending to an officer along the Mason Street sidewalk next to his home, near the corner of 79th Avenue. They took off the officer’s vest and shirt, then he suddenly got up and walked away, Terry said.

The officer was Ramic but he was not shot, police confirmed.

Mary Wiedeman, who lives on 79th Avenue, said she thought she heard about 20 gunshots.

“I grabbed my two cats and sat on my bathroom floor,” she said Monday. “I was terrified. It looked like he was back behind me, but I couldn’t really tell.

Wiedeman and other residents said they received text messages and phone calls alerting them to the police response at 9:42 p.m.

Cody Peterson, who lives at 78th and Mason Street, said he heard two bursts of gunfire and another family member heard police yell, “Drop the gun!” or “Don’t pick up the gun!” shortly after.

Peterson said police searched his properties and those of his neighbors later that night with flashlights to check if any of the bullets hit their house or car.

A boat and car parked in a driveway along Mason Street opposite where the Lexus pulled up appeared to have been hit by bullets. A proof sticker remained on the outside of the boat.

Residents of the neighborhood, which is several blocks west of 82nd Avenue and about a block north of Sandy Boulevard, said they sometimes heard gunshots from afar, but nothing like.

“They’re kind of in the distance,” Terry said. “So for this to happen here, it’s incredibly crazy.”

The Targeted Intervention Team was created amid record-breaking homicides in the city, the majority resulting from shootings.

It was created more than a year after the city council in 2020 cut funding to the police bureau’s gun violence reduction team amid calls for police reform and criticism that the team disproportionately targeted people of color. The office spent nearly a year trying to form the new team.

A community monitoring group was also created to monitor the work of the team. Its members, who were appointed by the mayor’s office, helped create a job description for officers and interviewed and helped select team members. The volunteer group meets weekly to hear updates from the team and their supervisors.

I’ll miss you, but I’m taking a sabbatical