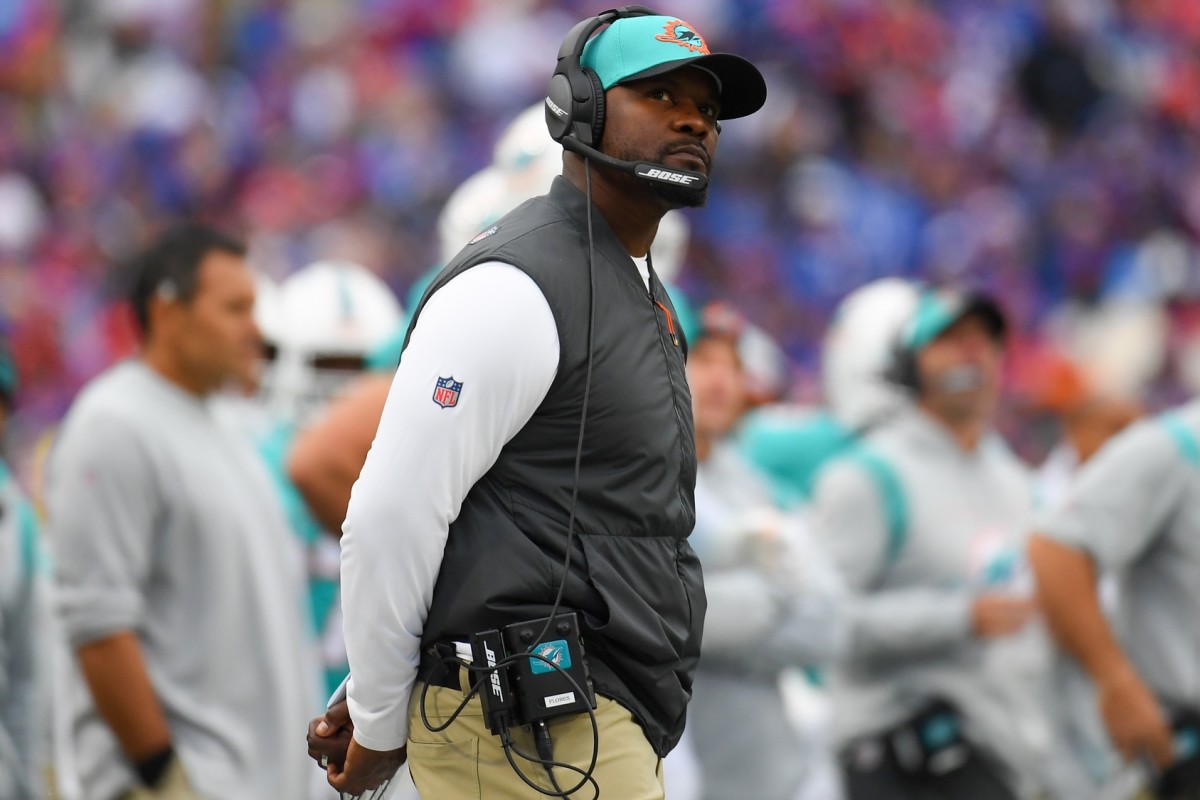 Before the Miami Dolphins practice at the Baptist Health Training Complex on the grounds of Hard Rock Stadium on Wednesday, head coach Brian Flores spoke to the media.

Here are the highlights of this session:

–Phillip Lindsay and Jaylen Waddle will return to training on Wednesday, but Jevon Holland still hasn’t fully cleared all COVID protocols, so he remains out.

– Albert Wilson will be absent from training on Wednesday for personal reasons. He should be available for the game against the Saints on Monday night.

– DeVante Parker will be given a day off.

– Tua Tagovailoa is heading for his first game on Monday night, but Flores says his approach needs to stay the same and he needs to get familiar with the Saints’ defense.

– After his two-choice game, Flores is asked how Tua can bounce back from it and he says it’s all about approach again.

– Tua made some highlights with his run when he carried the CB Michael Carter II, but Flores dodges the question of whether he thinks Tua was trying to send some sort of message with this part.

– DeVante Parker’s winning touchdown pass was audible, which happens throughout the game where there are advantageous clashes to exploit, and this was certainly one of those instances where Parker easily beat the running back corner Bryce Hall inside. So well done to Tua for seeing this favorable match.

– Flores is asked again about Tua’s “truck race” and if he would prefer to see Tua slide in this situation, and he says he would rather have slipped and stay out of harm’s way. Flores adds that he’s not the one over there.

– The amount of work to be given to players coming out of COVID is a case-by-case situation, says Flores, pointing to Myles Gaskin as someone who was able to come back thoroughly. Flores stresses that player safety is the top priority and that this is more of an issue for coaches and medical staff.

– Flores is asked if he’ll pay attention to any of the other NFL games this weekend, but – unsurprisingly – Flores says he looks focused on training ahead. Flores says he wants to put all his energy on the Saints and not on anything else.

The Guardian’s take on the Christmas holidays: no thanks to Boris Johnson | Editorial