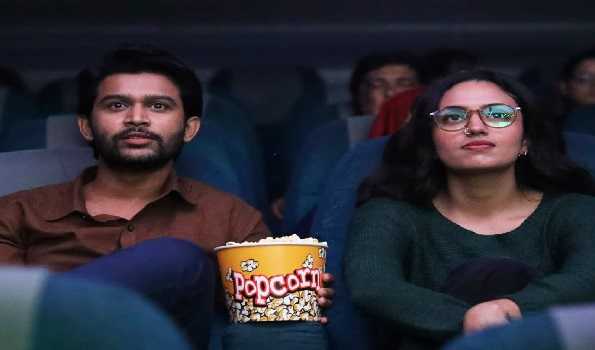 New Delhi, 22nd July (UNI) Actor Abijeet Duddala who is back on screen after a short sabbatical with ‘Modern Love Hyderabad’ is absolutely overwhelmed with the love from fans and audiences alike.

He plays Ashwin, a television producer, who is expanding his horizons in his career and love life, in the story called “What Clown Wrote This Script!”

“I am so grateful and so happy. I think there is no greater gratification for me professionally than to be appreciated for my work. I see all the love on social media,” Abijeet said in a statement.

“They see me back on screen after a little over a year, and they’re just really happy that even though they had to wait so long, the wait was worth it. They’re super happy and I showered with abundant love,” he said.

“Modern Love Hyderabad has a talented and legendary cast of actors. I’m grateful to have had the opportunity to be part of the same cast in some way. Despite some seasoned actors, I get so much attention, and it doesn’t than fill my heart. I just want to thank all my fans for all the love and affection,” Abijeet said.

The young actor also revealed what attracted him to his character and how he prepared for it. “When Uday (Gurrala – director) told me the story, it immediately touched me. The story was raw, clean and un-dramatized, which was compelling. I was looking for something that was realistic, relevant, and not exaggerated or melodramatic. Modern Love Hyderabad came to me at the right time. The bittersweet ending to its story also added to my excitement,” he said.

“What makes the Modern Love franchise appealing are its simple, relatable characters. They’re not larger-than-life characters, but people you meet in everyday life,” he added.

“Modern Love Hyderabad” features six stories that explore the various facets of love. Besides “What Clown Wrote That Script!”, “My Unlikely Pandemic Dream Partner”, “Fuzzy, Purple, and Full of Thorns”, “Why Did She Leave Me Here…?”, “About That Noise in the Bushes’ and ‘Finding Your Penguin’ are part of the anthology.

Released July 8 on Prime Video, the Telugu anthology, with its simple, yet heartfelt and relatable stories, has been praised by critics and viewers alike.