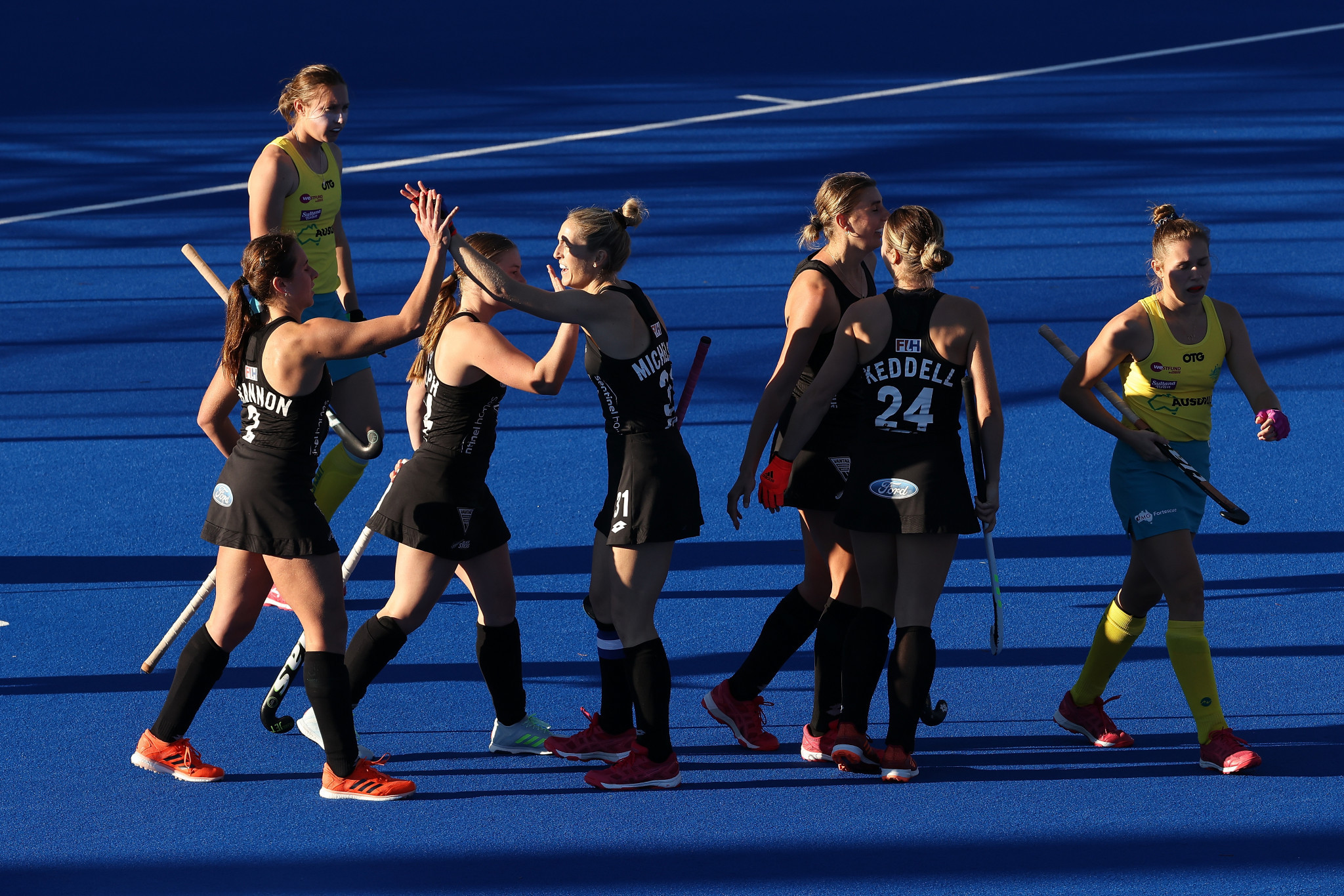 Australia got off to a great start after Rose Malone and Emily Chalker scored in the opening five minutes of the game at Perth Hockey Stadium.

New Zealand found their way back thanks to a goal from Stacey Michelsen, who dribbled past the defense before scoring with a reverse shot.

The equalizer was scored in the third quarter by Hope Ralph, who latched onto a rebound shot from Rose Keddell.

After a goalless fourth quarter, the match ended in a shootout, which showed the quality of the two goalkeepers.

Australia’s Rachael Lynch and New Zealander Grace O’Hanlon both saved their first three shots, before the latter stopped a fourth.

Goals from Samantha Charlton and Julia King gave New Zealand the victory and a bonus point.

In the two nations’ first Pro League Hockey match since last March, Australia were the clear winner with Jeremy Hayward scoring twice en route to a 7-3 victory for the men.

In the first 20 minutes, Flynn Ogilvie, Trent Mitton and Hayward all got on the scoresheet for Australia. Sam Lane pulled one out for the visitors.

Stephen Jenness appeared to put the Black Sticks back in the game when he scored after the break to bring it down to 3-2, but Blake Govers and Hayward increased the home side’s lead.

Nick Wilson took a penalty corner to bring the score to 5-3, before Jake Whetton and Tim Brand put the game out of doubt to make it a convincing win for Australia.

The two teams are set to face each other again tomorrow in the Men’s and Women’s leagues, the final games of a COVID-affected Pro League Hockey season.