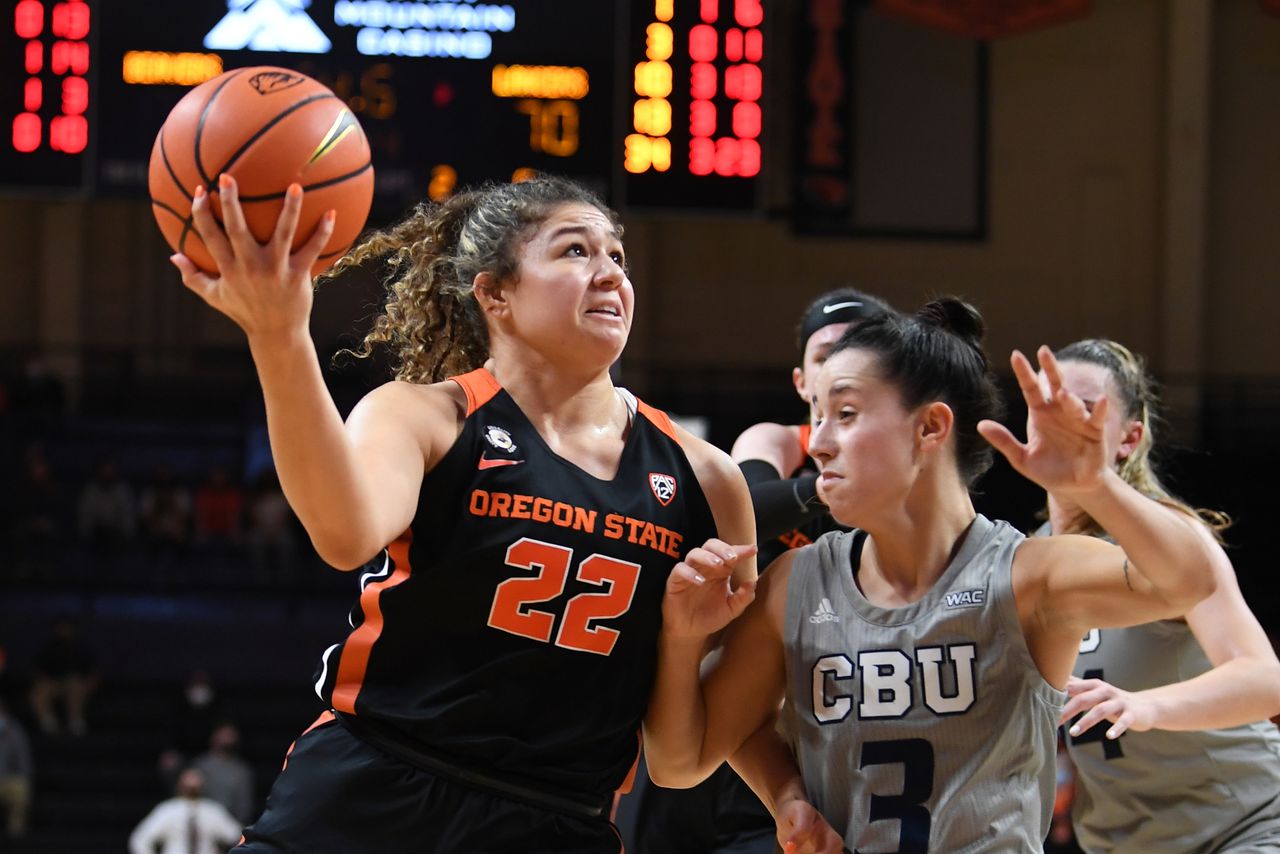 As tradition dictates, this is not an Oregon State women’s basketball sport.

For a second consecutive year, the Beavers are on vacation forced by the COVID. When OSU hosts No. 7 Arizona at 7 p.m. Thursday at Gill Coliseum, it will be the Beavers’ first game in 25 days.

It’s the time of year when college basketball teams try to find rhythm and build momentum. In a sense, the Beavers are starting over after having to postpone their last five games due to COVID-19 concerns.

At least OSU (7-3) has a playbook. A year ago, the Beavers had a similar COVID-fueled January break, when they went 29 days between games. Oregon State got off to a slow start, losing its first two games, but eventually regrouped and made a great late-season run to earn a spot in the NCAA Tournament.

The lesson of last year?

“Being patient through this. Don’t be too upset, too frustrated. Find the good in it,” OSU coach Scott Rueck said. “Last year we survived it. … last year’s team did such a good job of handling it all. We had a lot of good times. “

For most of October, November and December, business was business as usual for the Beavers. Then came the omicron variant, and college basketball saw its world turned upside down. Last week was especially tough, as COVID was a hornet’s nest that stung several OSU players. The practice became individual skill sessions.

The recovery was quick, so much so that Rueck thinks most of the roster should be available for Thursday’s game. The Beavers were able to hold a full-scale practice on Tuesday.

“I’m hopeful to be close to a full team on Thursday night,” Rueck said.

Another postponement came on Wednesday with news that the Beavers’ Saturday game against Arizona State had been pushed back indefinitely. The Sun Devils have COVID running through their schedule and previously canceled Thursday’s game at Oregon.

The remaining schedule also has challenges. The Beavers have five Pac-12 games to make up. With only six weeks remaining after this weekend’s games, the conference will struggle to catch up with every game. OSU is one of four Pac-12 teams that has yet to play a conference game. All teams have at least two postponements to make up.

Rueck said the conference plans to reschedule some games, but admits playing every game will be a challenge.

“We all want to play,” Rueck said. “I mean, I love teaching and coaching, but the games are the highlight.”

Once games resume, which for OSU is likely Thursday, the Beavers will be under fire. Again, this is not an unfamiliar role, as a year ago Oregon State passed out of the NCAA Tournament midway through the season, to gain a foothold and earn a berth. According to ESPN’s Bracketology, the Beavers are on the tournament bubble, as the second-to-last team in the 68-team field. OSU’s NCAA NET rating is a bubble-shaped 61.

The good news is that there are opportunities for Oregon State to improve its stock. The Pac-12 is arguably the best women’s basketball conference in the nation, giving the Beavers chances to prove they belong. It starts Thursday against 11-1 Arizona, national runner-up last year.

Rueck felt like Oregon State was coming together when the Beavers last played, a two-game Dec. 17-19 series against Idaho and Northern Iowa in Maui.

Rueck felt the Beavers were showing signs of improvement when it came to moving the ball and getting better shots. OSU is still figuring out its identity, but Rueck thinks it’s on the defensive. He admits there were games early in the season where the Beavers were soft and forgiving on the defensive end. But that changed on Maui, and he’s seen progress over the past four weeks of training.

“We’re not lacking in capacity,” Rueck said. “I feel like we have a lot of good basketball ahead of us.”

Last year, Oregon State received a boost in late January when guard Talia von Oelhoffen graduated from high school and joined the Beavers. This was beneficial for two reasons: von Oelhoffen immediately slotted into the rotation and provided perimeter assist, and she filled a gaping hole, backup playmaker.

Oregon State is unlikely to receive an outside gift this season, but Rueck sees the team’s youth and potential growth as a potential wild card to drive success in the second half of the season.

“We have so many people that their ceilings are high here, and they realize that on the way there,” Rueck said. “I have the impression that we will continue to evolve. We are not close to the team that we are capable of being.