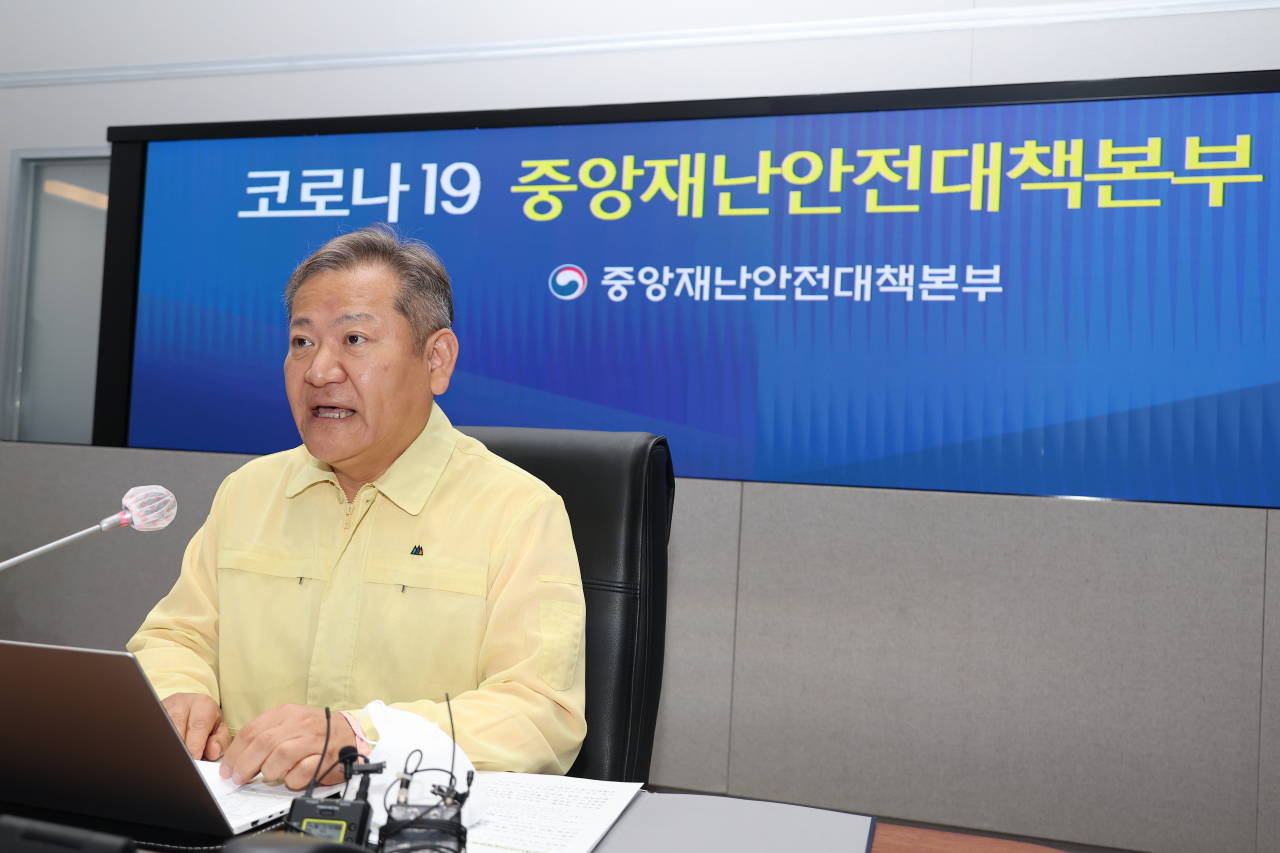 A paid sick leave scheme guaranteeing 60% of the minimum wage as sick pay will go into effect next month for a one-year trial in six cities across the country, Interior Minister Lee Sang-min said on Wednesday.

The minister made the remarks during a government meeting on the COVID-19 response, saying the system will be tested in six cities across the country, including Jongno District in central Seoul, starting July 4.

Under the scheme, those eligible for sick pay in the six chosen areas will receive 60% of the statutory minimum wage while on sick leave, he added.

The six areas include the cities of Bucheon, Cheonan, Suncheon, Pohang and Changwon.

“Following large waves of infectious diseases, such as COVID-19, it has become important to build a social condition where workers can rest and recuperate if they are sick,” the minister also said.

According to a 2021 survey by the Korea Institute of Health and Welfare, only 46% of employees reported taking paid sick leave. (Yonhap)