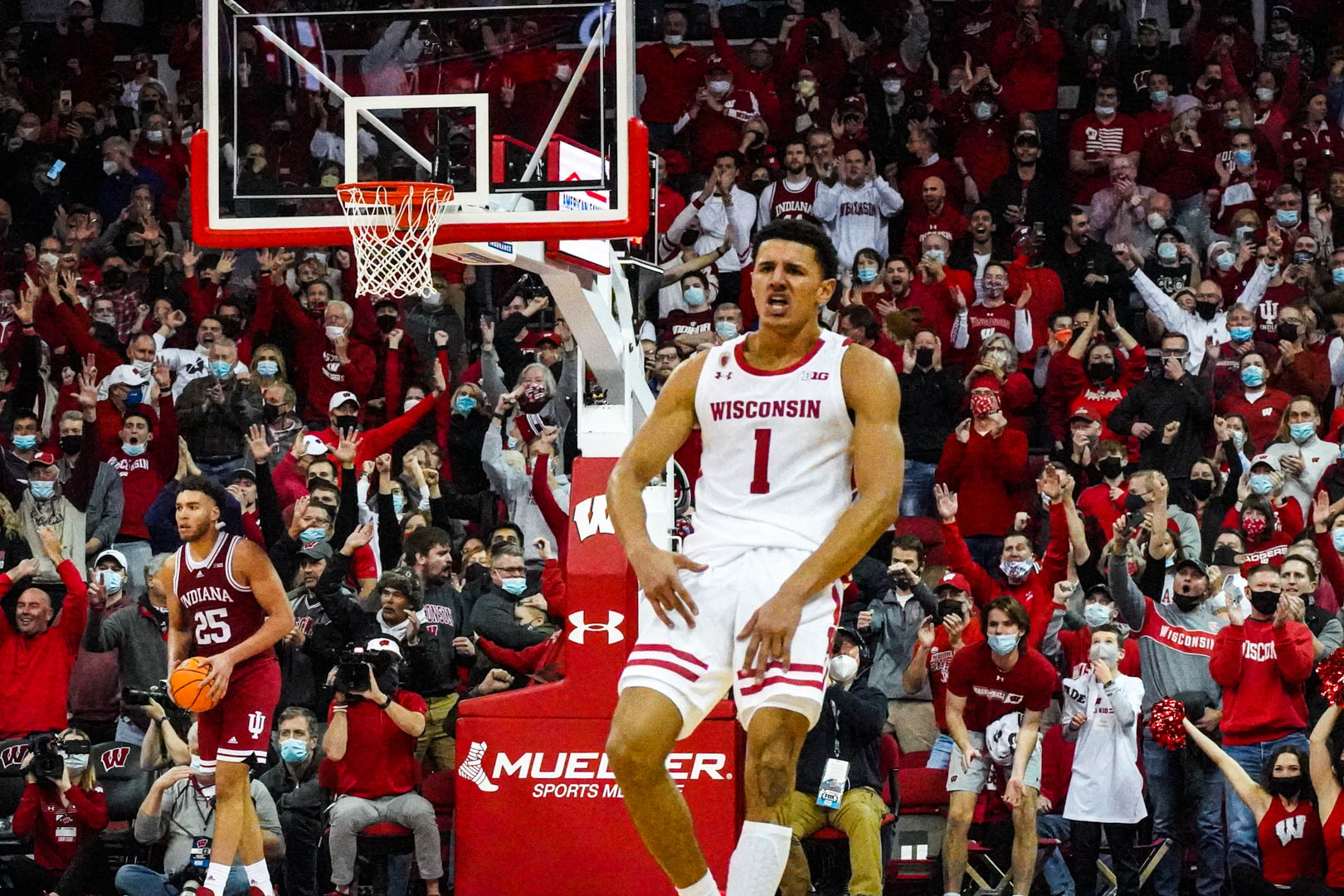 Prospects for all Badgers teams, what we missed over winter break The Badger Herald

For the fifth time in school history, the Badgers faced off against Arizona State. This time around, each team entered the contest with an 8-4 record on the season in a bid to add the Las Vegas Bowl to their resume.

The Badgers were hot from the start, going 14-3 in the first quarter thanks to John Chenal’s eight-yard touchdown followed by a seven-yard touchdown from Graham Mertz to Jake Ferguson.

In the second quarter, Collin Larsh converted two field goal attempts to give the Badgers a 20-6 lead before halftime. After the intermission, there would be only one score left in the game between the two teams produced by Arizona State’s Daniyel Ngata in the third quarter.

On offense, Mertz threw an effective 11/15 pass for 137 yards, one touchdown and one interception. Braelon Allen had his work cut out to finish the contest with 159 yards on 29 carries. Finally, the Badgers had three pass catchers who had at least 30 receiving yards through Ferguson, Markus Allen and Chimere Dike.

Wisconsin ends the 2021 season with a 20-13 win over the Sun Devils at the Las Vegas Bowl and a 9-4 overall season record.

The Badgers were red with substantial wins over No. 3 Purdue, No. 16 Ohio State, Iowa, Maryland and Northwestern.

Sophomore guard Johnny Davis is having a breakout season that explains Wisconsin’s success averaging 22.3 points and 7.4 rebounds per game. Davis is atop the Naismith College Player of the Year rankings after lighting up Northwestern for 27 points while shooting 80% from three.

Senior guard Brad Davison has been another key contributor for the Badgers this season averaging 15.4 points and displaying his veteran leadership night after night. Wisconsin went from unranked all the way to No. 11 in recent college basketball rankings thanks to a 15-3 record on the season so far.

Men’s basketball: the Badgers are more than Johnny Davis’ showAfter Thursday night’s landslide victory over Ohio State at home, the Badgers have now extended their winning streak to six, Read…

The defending national champions have been dominant throughout the season (18-3-3) ranking as the best team in the country for weeks. But, they went 2-2-1 over the winter break with misses against Minnesota.

While losing is a rarity for this prestigious women’s hockey team, there’s certainly nothing to worry about right now. This team is led by second-year forward Casey O’Brien who has racked up an impressive 21 goals and 18 assists in the season so far.

Other top contributors to Wisconsin’s success this season include senior forward Daryl Watts (16 goals and 19 assists) as well as sophomore forward Makenna Webster (15 goals and 20 assists).

Next up for the Badgers includes an upstate expedition in Minnesota consisting of games with St. Cloud State, St. Thomas, Duluth and Minnesota State Mankato.

Over the past month, the men’s hockey team has managed to post a 3-3-2 record with a pair of wins over Michigan State and one over Yale in the Kwik Trip Holiday Face-Off bringing the annual record to 8 -15-3.

Sophomore forward Mathieu De St. Phalle has paved the way for the Badgers over the winter break, scoring four goals in the past month and leading the team with seven this year.

Other key contributors this season include second-year forward Carson Bantle and senior forward Brock Caufield. Each has compiled six goals on the year and five combined over an eight-game streak. As for the team leaders in total assists, senior forward Tarek Baker and freshman defender Corson Ceulemans lead the way with 12 apiece through the first 26 games.

After the game against the Michigan Wolverines on the weekend of January 28, Wisconsin will travel to Columbus to face the Buckeyes on February 4-5.

The Badger wrestling team enjoyed season-long success with a 7-1 record and ranked No. 8 in the recent NCAA rankings.

Since Dec. 29, Wisconsin has placed third at the Illinois Matmen Open and picked up key victories over a grueling streak of ranked opponents, including No. 12 Northwestern, No. 16 Rutgers and the No. 14 Minnesota.

Marisa Moseley’s team has failed to live up to expectations as they have gone 5-13 so far and 2-4 since Jan. 5, earning conference wins over Rutgers and Penn State.

In the recent win over Penn State, 5-foot-8 guard Katie Nelson had 24 points on a superb shooting night 7-10 from the floor, including 4-6 on three and 6-6 on free throws while adding six rebounds. , three assists and three steals in a record 40 minutes played.

Coincidentally, Nelson wasn’t the only Badger to hit the 20+ point mark in the contest as 6-foot junior guard Julie Pospíšilovà continued her consistent scoring (14.6 ppg) with 23 points in 39 minutes played.