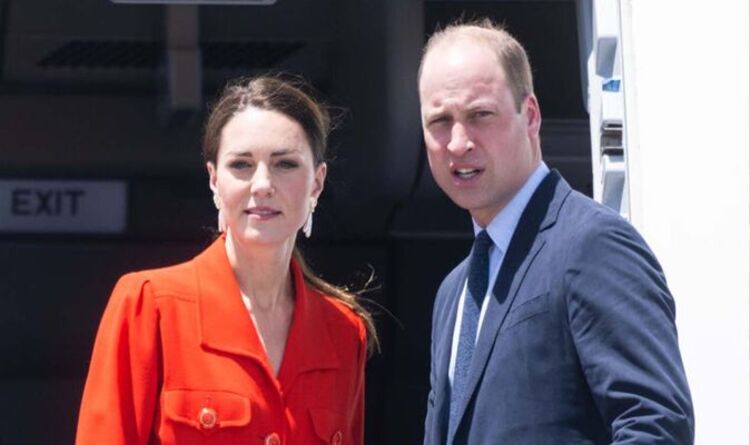 Relationship between Kate and William: How a ‘make or break’ trip saved the royal wedding | royal | News

Their trip has been branded a ‘charm offensive’ and is seen as an attempt to strengthen ties between the Commonwealth nations and the monarchy.

This isn’t the first time the Duke and Duchess have embarked on a journey to try and save a relationship.

In 2007, they hit the road for a “make or break” vacation after a rocky year for their romance.

“It was their breakthrough vacation, that’s when they decided to stay together.”

Kate and William had split earlier that year, saying their split was “for good”.

However, after a few months apart, they decided to work on their relationship.

During the trip, William and Kate reportedly made a “secret pact” that William would marry Kate, but first had to complete his military training.

She said: “So really, Kate got the last laugh because she got her prince.”

Three years after making the “secret pact”, William popped the question during a trip to Kenya – a place that has held a special place in his heart since he visited shortly after Princess Diana’s death.

In another tribute to Diana, William proposed to Kate with his mother’s ring later.

The couple tied the knot in a spectacular wedding at Westminster Abbey in 2011.

Since their marriage, the Duke and Duchess have become full members of the Royal Family.

Their responsibilities have intensified after the exit of Prince Harry, Meghan Markle, Prince Andrew and Prince Philip – and since the Queen stepped back due to health fears.

Their current tour is seen as an attempt to drum up support for the monarchy, but has been met with opposition from local residents, who have called for “reparations”.

The couple faced protests in Belize and Jamaica.

Jamaican Prime Minister Andrew Holness has made it clear that his country is poised to become a republic for the foreseeable future.

Speaking during their visit, the Duke expressed his “deep sadness” for the enslavement of millions of people from Africa to the Caribbean and North America, and described the slave trade as an “appalling atrocity which “stains our history” and he continued. recognize the “pain” of Jamaica.

However, his lyrics were met with widespread criticism and deemed inadequate.

Lisa Hanna, Jamaican MP and Shadow Foreign Minister, wrote in an article for The Guardian: “To condemn slavery without action, as Prince Charles and Prince William have done, is not particularly bold, nor does not show courage.

“The Making of a Royal Romance” was written by Katie Nicholl in 2011 and published by Weinstein Books. you can find it here.