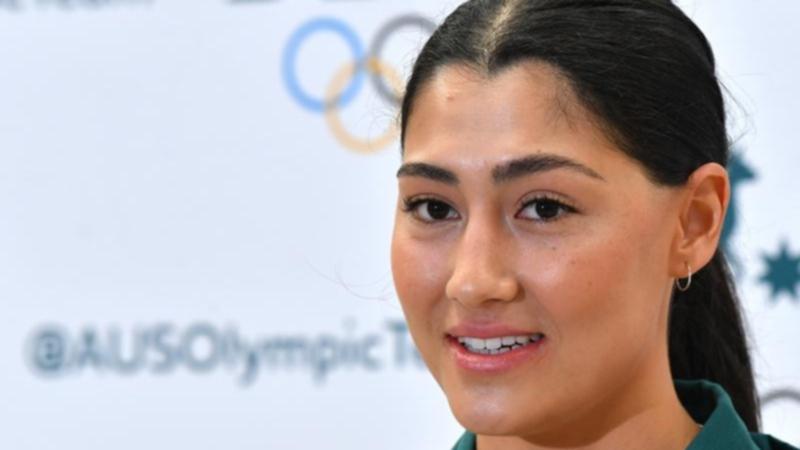 Closing a year that was more of a roller coaster than any BMX track, Saya Sakakibara won her first elite Australian title.

The 22-year-old dominated Monday’s races in Nerang on the Gold Coast to win the women’s BMX crown, as Izaac Kennedy successfully defended her elite title.

She made her Olympic debut in Tokyo, but had to take an extended hiatus from competition after a semi-final crash left Sakakibara with lingering concussion symptoms.

The accident was particularly devastating due to Sakakibara’s determination to run in honor of his older brother Kai.

He was also a candidate for the Tokyo BMX team, but he continues to recover from serious head injuries sustained in a racing accident in early 2020.

Sakakibara also had his wisdom teeth before the nationals.

She expressed relief at winning the national championships, saying it had been an “incredible” year.

Sakakibara said she felt disconnected from her bike during her post-Olympic recovery.

“But as soon as I got on that track it was a case of familiarity, I think, and I got to feel like myself again,” she said.

“It’s definitely a confidence booster for the next year knowing that I’m on the right track and all I have to do is keep going and get back into the race.”

Sakakibara’s goal is now to win his first world title next year in France.

Also at the nationals, Kennedy hasn’t lost a lap all weekend en route to his second straight elite men’s title.

The 21-year-old world number 7 said he felt pressure to come back back to back.

“It was a pretty stressful day, I was just trying to focus on each lap and not get caught up in the hype,” he said.

Kyle Hill was second behind Kennedy for the second year in a row and Brad Game took third, while Desree Barnes (second) and Erin Lockwood took minor places in the women’s final.