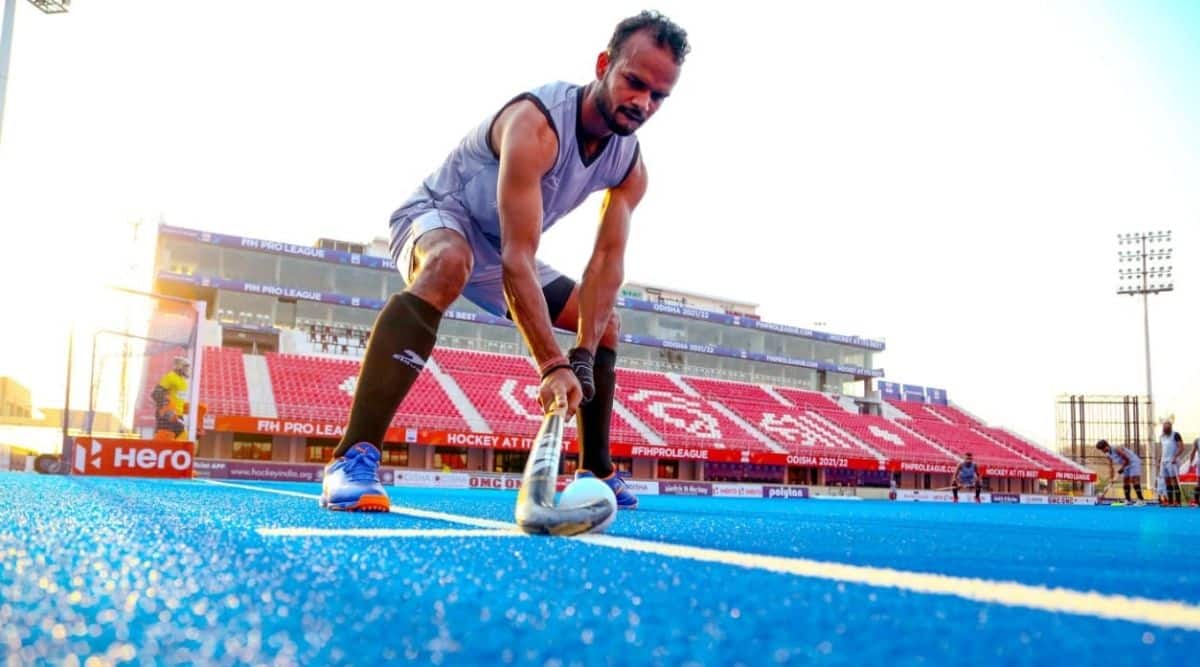 Birendra Lakra and SV Sunil smiled shyly when asked how they felt playing in a team coached by former teammate and captain Sardar Singh. “It’s not weird under him. It’s strict discipline,” Sunil said. Lakra added: “He was a role model. He has always been known for his physical condition and discipline.

It’s come full circle for the trio that formed the core of the team when India won the Asian Cup in the previous edition in 2017. Then, after heading in different directions, they are reunited.

Sunil, playing in his fourth Asian Cup in a testament to his longevity, was on sabbatical when he was called up to join the Commonwealth Games training camp. Lakra was enjoying his retirement, juggling family and office work, when he too was called in. Sardar, who had graduated as a coach, was waiting for this opportunity.

The Asian Cup, which kicks off in Jakarta on Monday, might not be of great importance to the defending champions. Teams that reach the semi-finals of the tournament will qualify for January’s World Cup, but India, as hosts, need not worry about qualifying. Yet when they take on Pakistan in their opening match, there will be some fascinating stories to follow. Sardar’s debut in the dugout – he will work alongside junior team coach BJ Kariappa – will be part of that.

The other important thread to follow during the tournament will be the return of Simranjeet Singh. The striker last played in India’s bronze medal qualifier at the Tokyo Olympics against Germany, where he scored two goals that played a decisive role in the outcome of the game. Since then, he had been nursing an injury and had missed all Pro League matches as well as the Asian Champions Trophy.

The return of Simranjeet, coupled with the return of Sunil and Lakra, will be crucial for India given that the rest of the squad have little to no senior international experience. Ten players, all of whom participated in last year’s Junior World Cup, will make their senior team debuts on Monday. This includes drag flicker Yashdeep Siwach, defenders Abhisek Lakra and Manjeet, midfielder Vishnukant Singh and striker Uttam Singh. Midfielders Mareeswaren Sakthivel and Sheshe Gowda BM, along with forwards Abharan Sudev, Pawan Rajbhar and S Karthi will also make their first appearances in India on Monday.

The youngsters will be immediately thrown into the deep end when they open their campaign against Pakistan, who have also traveled with a young squad as part of their rebuilding process.

“We will have to motivate them, guide them. If we are affected by the excitement and the pressure of playing in Pakistan, the young players will also be under pressure,” Sunil said.

This young group, led by two veterans and coached by a former Indian captain, was selected for this tournament in preparation for the Commonwealth Games in July-August. In view of the Asian Games, India had decided to send its second team to Birmingham. To give the hastily assembled group some match practice, Hockey India opted to send the group for the Asian Cup, where not much is at stake from an Indian perspective.

Now that the Asian Games have been postponed, it is unclear whether the core group of players coached by Graham Reid will participate in the CWG or the team currently in Jakarta. Players don’t care. “I’m at a stage in my career where I approach every tournament as if it were my last,” Sunil said. “So hopefully I win this one, and not worry about what’s in store for us in the future.”

India vs Pakistan: Live on Star Sports Network at 5 p.m.