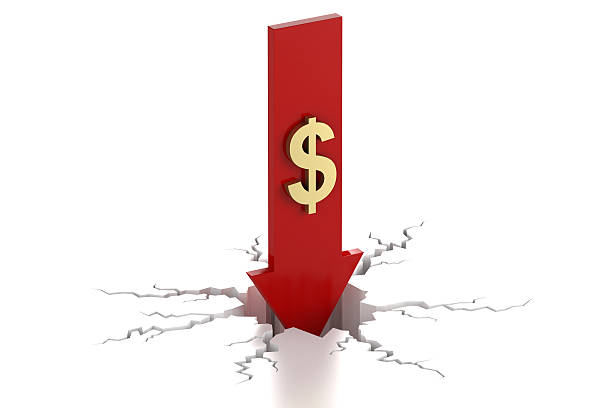 The dollar correction continued last week and resulted in the worst performance. The late rebound in equities and the prolonged correction in Treasury yields are both weighing on the greenback. The yen followed as the second weakest, mainly on risk sentiment.

On the other hand, Kiwi was the best performer, further supported by the RBNZ’s hawkish rate hike, which indicated that interest may peak higher than expected. The euro was lifted by repeated comments from ECB officials who affirmed the possibility of a rate hike in July. The Swiss franc was also strong on the prospect that the SNB would follow the ECB, should the latter exit negative rates.

Looking ahead, there is plenty of room for the late rebound in equities to continue. The development would likely give commodity currencies an advantage, even over European majors.

Did the DOW and S&P 500 end their corrections with a strong rebound? 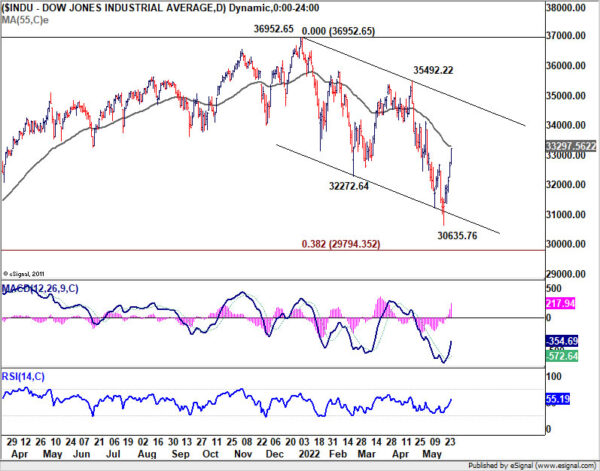 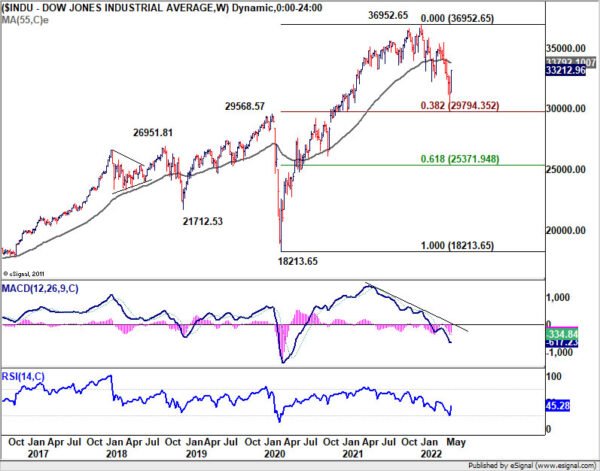 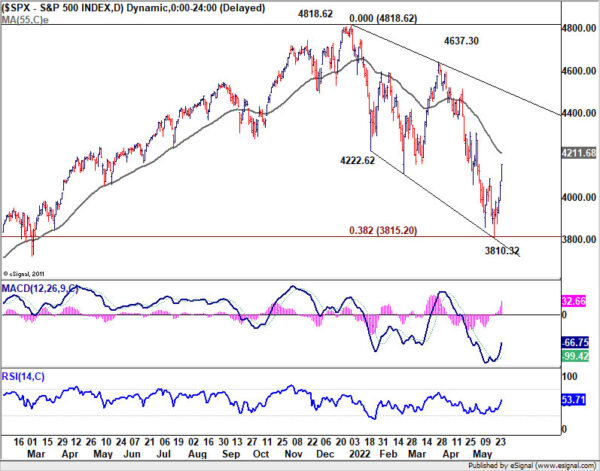 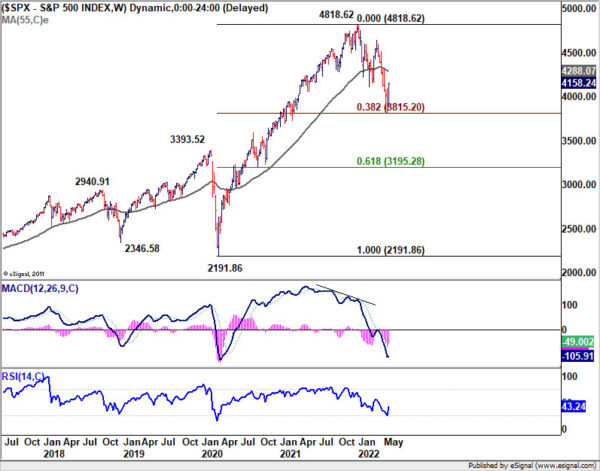 The 10-year yield continued the corrective trend from 3.167 with another decline. The outlook is unchanged and a further decline could still be observed. But the decline should be contained by a 38.2% retracement from 1.682 to 3.167 at 2.599, which is close to the 55-day EMA at (now at 2.652) to provide a bounce. There is little chance of breaking through the key long-term resistance at 3.248 at this time. But the sideways trade range should be above 2.6. 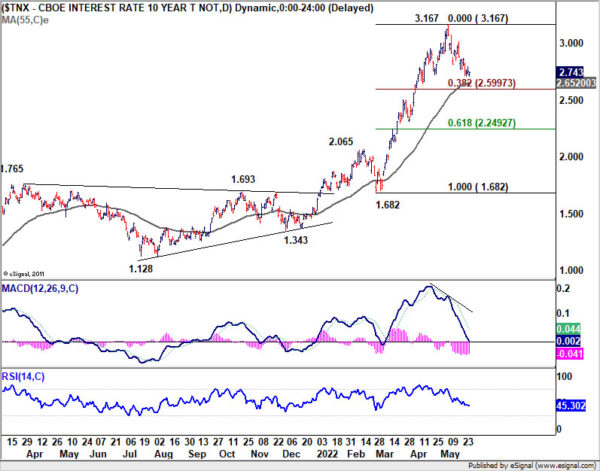 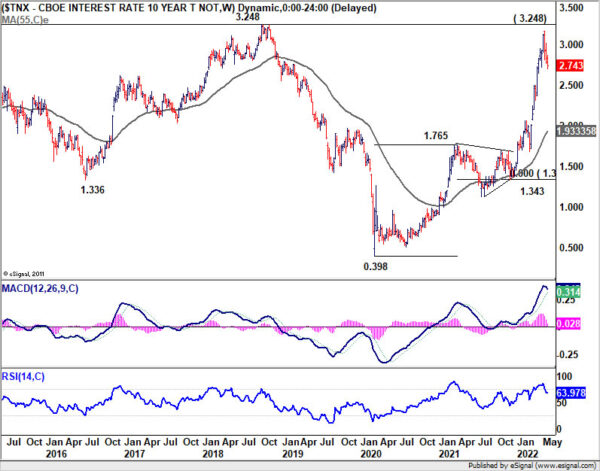 On the upside, minor resistance above 102.65 will bring an earlier bounce. But even then, the resumption of the long-term uptrend should only occur at a later stage, after a deeper or longer corrective phase. 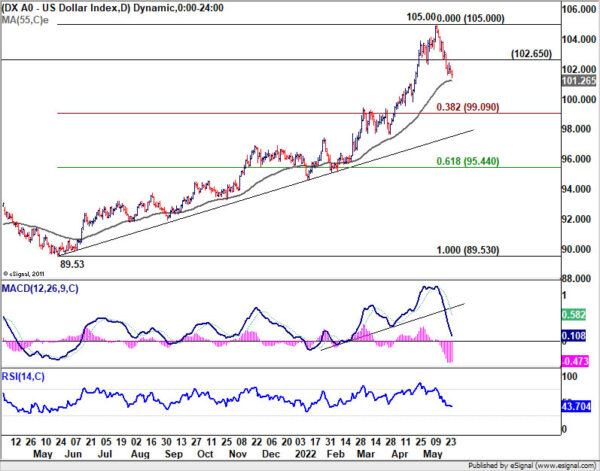 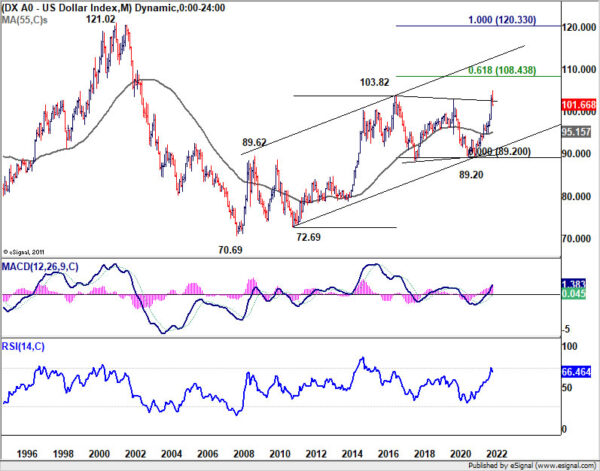 AUD and CAD will benefit from improving risk sentiment

Given the improved risk sentiment, there is further upside prospect for commodity currencies. The performance of the AUD/JPY was a bit disappointing as it still remains below the minor resistance at 91.15. But a break up could be due. Outlook unchanged, corrective fall from 95.73 ended with three waves at 87.28 before medium term resistance at 86.24 turned support. A firm break of the 91.15 resistance should confirm this bullish view and bring a stronger upside to the 94.40/95.73 resistance area. 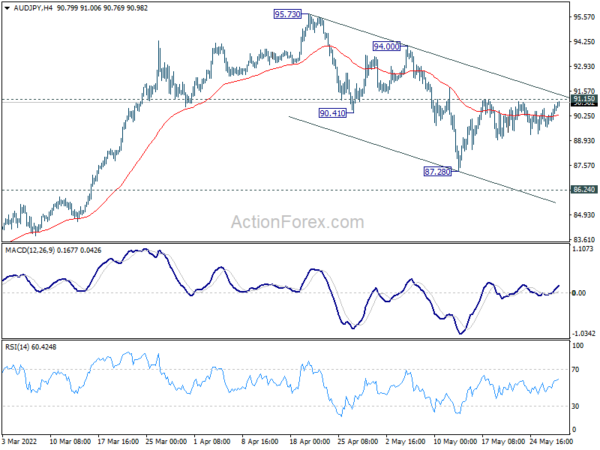 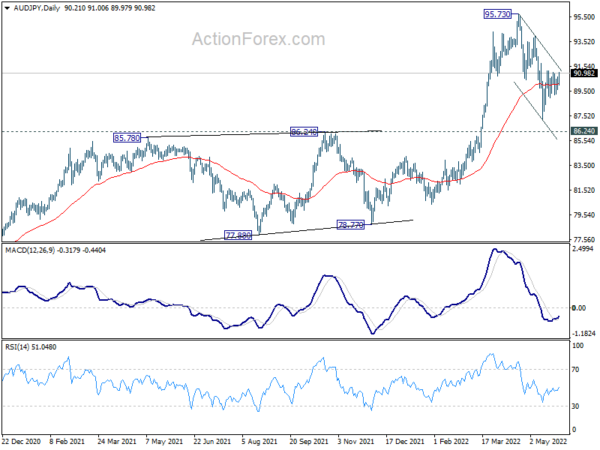 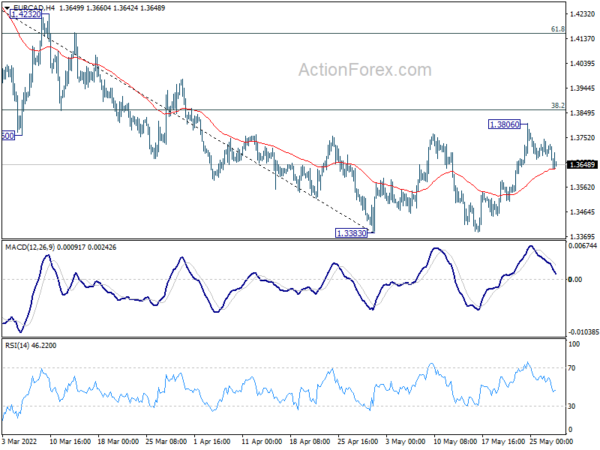 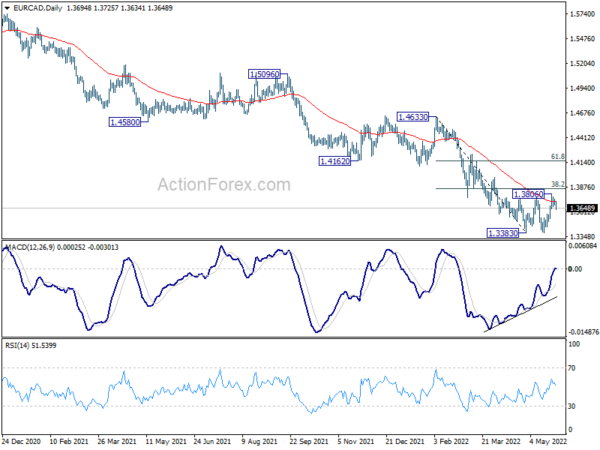 The correction in USD/CHF from 1.0063 extended lower last week despite the loss of bearish momentum. Further decline is still in favor this week. But the decline should be contained by a 61.8% retracement at 0.9525 to bring a bounce. On the upside, minor resistance above 0.9763 will bring the upside bias back for recovery. However, a sustained break of 0.9525 will lead to a deeper decline to the support at 0.9193. 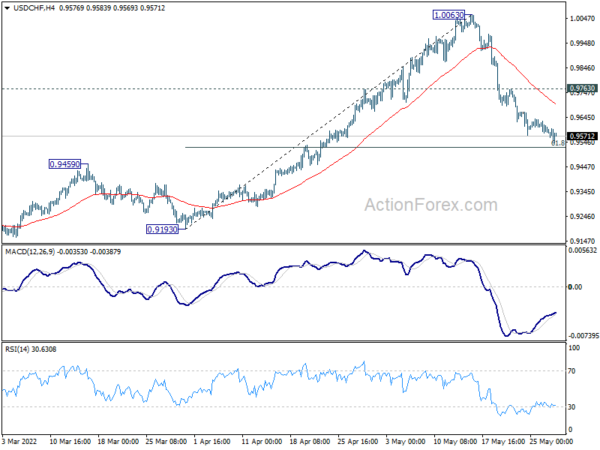 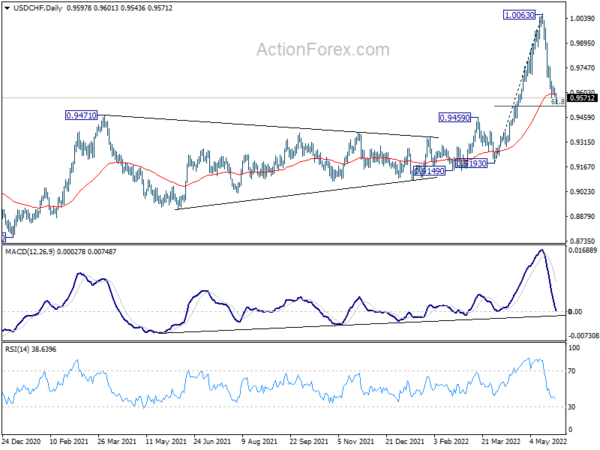 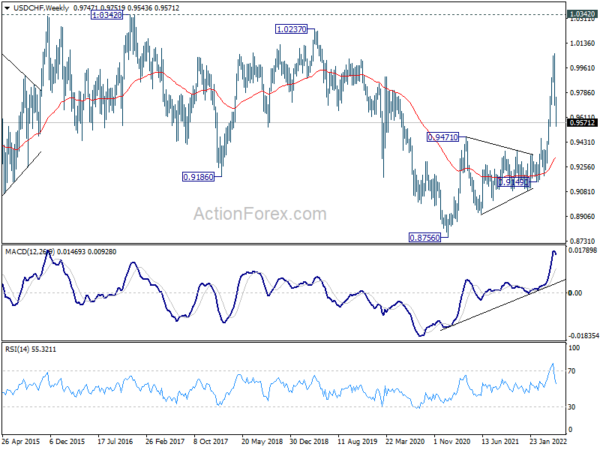 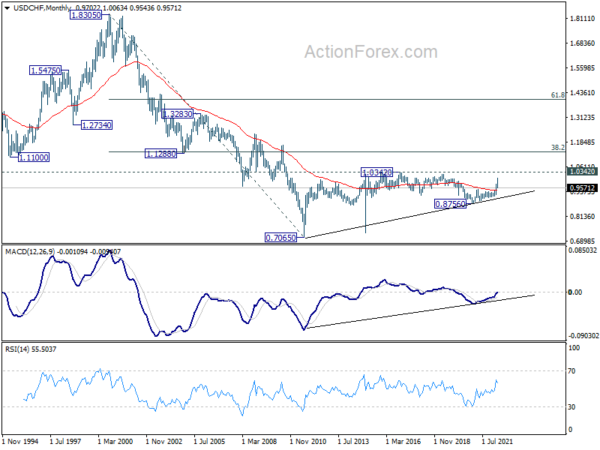