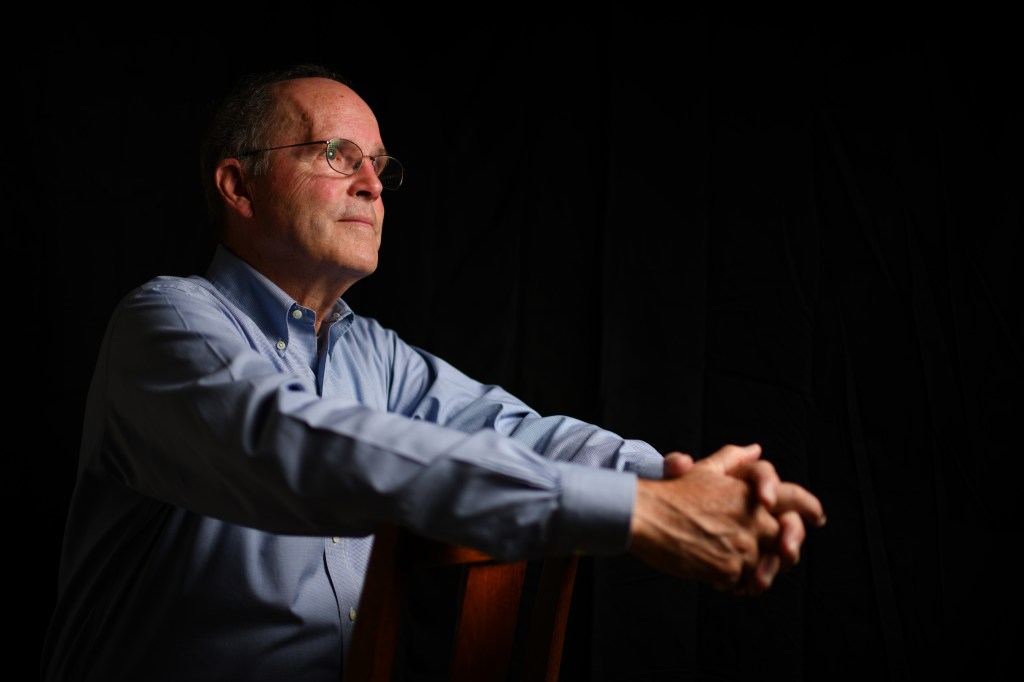 Tim Stier thought it was only a matter of time. Since 2005, he has refused parish assignments as a priest in the Diocese of Oakland for his handling of sex abuse claims and has spent more than a decade outside his cathedral on Sundays seeking accountability for the church and justice for the victims.

He had no intention of ending his voluntary exile and resuming his work as a priest. But when the Vatican finally came for his collar a few months ago, removing him from the Roman Catholic priesthood, Stier said it still felt like a knock.

“It hit me harder than I expected,” said Stier, 73, whose withdrawal was disclosed this week. “I felt sad and angry. If I had raped children, I wouldn’t have been kicked out of the club.

The Diocese of Oakland said in a statement Friday only that “we wish Mr. Stier all the best in this new chapter of his life.”

But Stier, as he has been for the past 17 years, remains ruthless in his criticism of the diocese over the scandal that has rocked the Roman Catholic Church locally and around the world since it first came to light. times in the 1980s and 1990s through criminal prosecution. priests and trials.

The scandal gained attention after a 2002 Boston Globe exposure that led to criminal charges against five priests, won a Pulitzer Prize and was chronicled in the 2015 Oscar-winning film “Spotlight”.

The United States Conference of Catholic Bishops in 2002 recognized the problem, calling for the protection of children and youth and zero tolerance for sexual abuse.

But critics have since accused church leaders across the country of failing to fully account for their role in facilitating the abuses. A 2018 Pennsylvania Grand Jury Report found that more than 300 priests had abused more than 1,000 children in six of the state’s eight Catholic dioceses. The report found that church leaders had “set aside” victims’ claims and “preferred to protect the abusers and their institution above all else” by “covering up the truth”.

The report prompted similar investigations in other states, including California, where it is still ongoing. It has also led many dioceses, including Oakland and San Jose, to release or expand their lists of credibly accused clergy.

Yet critics including SNAP, the network of survivors of those abused by priests, and Stier, which is close to that group’s leaders, said the diocesan disclosures were incomplete and failed to address the role of bishops. in the perpetuation of the abuses.

In his May 31 Farewell Letter to about 60 priests in the Diocese of Oakland, Stier expressed his dismay that Bishop of Oakland Michael C. Barber had failed to hold retired Bishop Emeritus John S. Cummins accountable for his role in the alleged activation of abuse by credibly accused priests named by the diocese.

Stier’s letter, to which he says only one priest responded, said Cummins, bishop from 1977 to 2003, failed to prevent abuse by Vincent Breen, Don Broderson, James Clark, George Francis, Robert Ponciroli, Gary Tollner and Stephen Kiesle. All were eventually removed from the ministry, and Broderson, Kiesle, and Ponciroli were removed from the priesthood. Only Kiesle is still alive.

The diocese has not commented on Stier’s accusations and Cummins, 93, could not be reached.

Stier, who Cummins ordained in 1978, had served at St. Bede in Hayward under Francis, who died in 1998 and was accused of sexually abusing at least six children. The diocese paid a $3 million settlement in 2004 to one of Francis’ victims, whose father Stier knew.

Stier then served at St. John Vianney in Walnut Creek, St. Raymond in Dublin and finally for 12 years at Corpus Christi in Fremont. He was not shy about confronting the sex abuse scandal, at one point removing the name of Clark, who was accused of abuse from 1971 to 1973 and died in 1989, from the parish hall.

But Stier grew increasingly frustrated with what he saw as a church that was lowering its standards for priests to fill vacancies while refusing to reconsider policies and teachings that he says are contributing to the problem — the priestly celibacy, refusal to ordain women and opposition to homosexuality.

The straw that broke the camel’s back, Stier said, was a 2004 encounter with Dan McNevin, a former altar boy who said he had been sexually abused by Clark. He later received part of a $56.4 million settlement with 56 accusers and is now SNAP’s treasurer. After a sabbatical, Stier then told Bishop Allen H. Vigneron in 2005 that he could no longer serve as parish priest.

Stier now lives in a Walnut Creek retirement community, on income from a book, Social Security and his priest’s pension. Barber, he said, never responded to his protests or his letters.

Two years ago, he said he received notice from the diocese that the bishop wanted to remove him from the priesthood, in a process known as secularization. He refused to cooperate, and the diocese told him in May that the Vatican had secularized him on March 19.

SNAP said in response that “when many in Oakland were silent on this ongoing issue, Tim Stier chose not to be. In response, he was punished.

Stier said that as a “Catholic through and through” he could not bring himself to join another denomination and that his cast-off did not shake his faith.

“I believe in God, I pray daily, I read the scriptures,” Stier said.

It won’t silence him either.

“The main focus for me here is the suffering of the victims,” ​​Stier said. “They keep me going.”