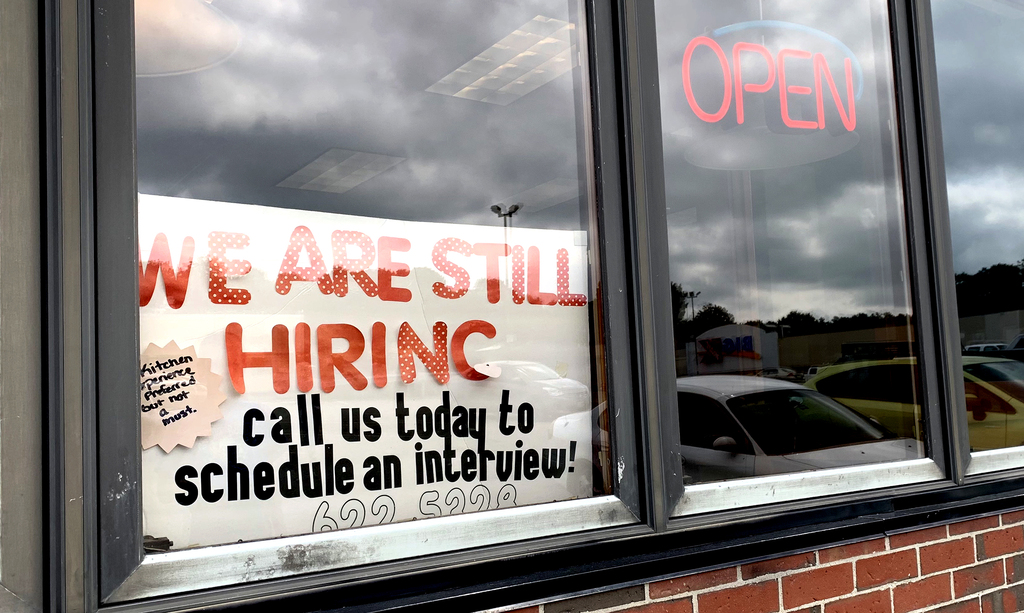 What Maine can do to solve its labor shortage

BDN’s Editorial Board operates independently of the newsroom and does not set policies or contribute reporting or editing articles elsewhere in the newspaper or on bangordailynews.com

There have been warnings for years that Maine faces an economically worrying shortage of workers. This time, accelerated by the pandemic, has arrived. Businesses in Maine and the country have slowed production, reduced their hours of operation, or shut down completely because they can’t find enough workers.

Many potential explanations have been put forward – additional unemployment benefits during parts of the pandemic have made it more attractive to stay home rather than work; current pay levels are too low – but now we have clearer answers as to why there are more jobs than workers. These answers, not individual anecdotes and not entrenched beliefs, should guide policies to better balance vacant positions with available workers.

In July, the Maine Department of Labor sent a survey to more than 44,000 people looking for work in Maine. About 2,500 responded (a small group, admittedly) and the results were released earlier this month.

The main reason cited by 34% of respondents for not returning to work was the lack of opportunities that matched the skills of a potential employee. As a follow-up, 20% of those surveyed said they needed additional training to be able to return to work.

Twenty-nine percent said they were offered insufficient wages to cover their expenses.

Lack of child care, especially for women, was a concern for 15 percent of those who responded to the survey.

Almost a third of the unemployed said concerns about the health risks of COVID-19 were a barrier to their return to work.

With the exception of concerns related to COVID, these are systemic issues that have plagued Maine’s economy for a long time. Solving them will require major changes in state policies and business practices to ensure that the needs of workers and employers are met.

Changes in state law can help increase the availability of skilled workers, paid time off, and childcare services. But employers can make many of the necessary changes, such as increasing wages and improving workplace safety, without government interference.

The increase in wages led to fierce battles in the Legislature. The statewide minimum wage was raised to $ 12.15 an hour in January following a 2016 referendum. Yet wages in many parts of Maine remain too low to cover living expenses. , especially in areas where affordable housing is scarce. The Maine Department of Labor announced Thursday that the state’s minimum wage will rise to $ 12.75 next year to account for inflation, in accordance with this 2016 referendum.

Maine’s relatively stagnant population is also a persistent problem for many employers. Reports from business groups and state agencies have long warned that Maine’s population is not growing fast enough to keep up with job openings. This gap is widening as Maine’s population ages and people leave the workforce. One of the main ways to address this deficit is to encourage more people to move here, from other parts of the country and the world.

The pandemic, of course, slowed international immigration, but also the policies of the previous administration, which limited immigrants from many parts of the world. This has led to shortages of workers such as hospitality and agriculture, who have relied on workers from other countries to fill the jobs.

The lack of child care facilities, in Maine and nationally, prevents many people, especially women, from working. In the first half of this year, 170 daycares in Maine closed during the pandemic, the Portland Press Herald reported. Like other employers, child care providers say they can’t find enough workers. Low wages are one of the reasons.

This has many implications. If parents do not have reliable child care, it hampers their ability to return or join the workforce. And, if parents are paid low wages, they cannot afford the higher child care costs, which are necessary to increase the wages of educators.

“This investigation reinforces the fact that there is no one-size-fits-all solution to getting the people of Maine back to work,” Labor Commissioner Laura Fortman said when the investigation was released.

It also reinforces the fact that growing Maine’s workforce will require many policy changes and investments, from employers, government, and workers themselves.

More articles from the BDN