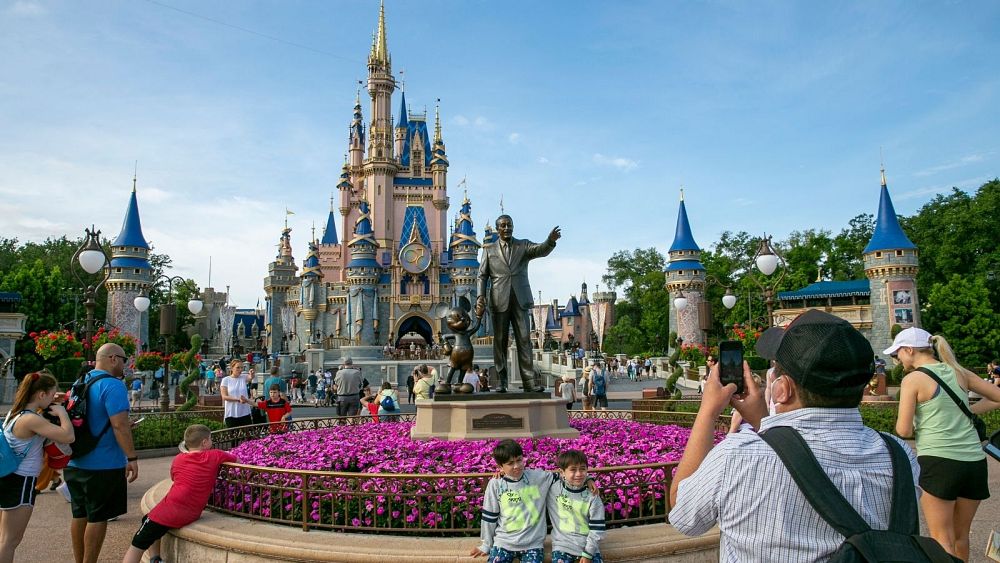 Currently, almost all passengers must take a test within a day of their trip. Most unvaccinated foreigners are banned. But with a busy summer season approaching, how long will these strict measures hold?

On April 18, a federal judge blocked President Biden’s plan to extend mandatory mask-wearing on planes, trains and other public transportation, which means masks are now optional as far as the US Transportation Authority is concerned.

A White House press secretary called the decision “disappointing”, a sign that the Biden administration is not yet ready to deviate from the advice of the US public health agency – which still recommends covering up the face in public transport.

“We are always reviewing our advice and new scientific data that becomes available,” a CDC (Centers for Disease Control and Prevention) spokesperson told Euronews Travel in response to a question about when the entry rules are. likely to be relaxed.

In the meantime, here are the current rules for entering the United States – and indications that they may change soon.

When will the US drop its pre-departure testing rule?

Currently, all travelers – regardless of vaccination status or nationality – must take a COVID-19 test no more than one day before traveling by air to the United States. This is separate from 24 hours: this means the test can be taken anytime the day before your trip.

Rapid antigen, PCR and a number of other types of tests are accepted. Only children under the age of two are exempt from this obligation.

Upon arrival, fully vaccinated visitors do not have to self-quarantine, but are recommended to take another virus test within three to five days of arrival. All air passengers are also required to provide their contact details to their airline prior to boarding.

It’s not too onerous a rule – compared to the peak pandemic administration – but the costs involved may mean some European tourists choose test-free destinations instead, such as Thailand, for their long-haul summer break. Not to mention the cost of having a major trip derailed at the last minute.

But though the CDC is giving little, US airlines have hinted the rules could be relaxed within weeks.

According to i newspaper, the company’s chief legal officer added, “We are getting a strong indication that pre-departure testing will be phased out in the near future, which is quite encouraging.”

Could a legal campaign get rid of the US testing rule?

It will be good news for America’s long-suffering travel industry when it happens. The American Society of Travel Agents (ASTA) recently dubbed pre-departure testing “the biggest hurdle” to resuming travel.

The Society is behind efforts by a group of lawmakers to lift the testing requirement through legal means. California Congressman Lou Correa has asked the White House to exempt fully vaxxed inbound travelers from having to provide proof of a negative test.

“While we understood the rationale for the inbound testing order when it was put in place in January 2021, it continues to present a number of challenges to our constituents who need or wish to travel internationally,” said wrote the group in a letter to Biden dated April 12 (who incorrectly described it as a “24-hour” rule).

With US travel to Europe set to soar 600% this summer, compared to 2021, vacationers in the United States will push to relax this rule.

“Travellers are afraid of being stranded abroad and having their vacation plans shattered, which is preventing the revival of our domestic travel and tourism industries,” Rep. Correa added. “It is high time that our testing criteria were aligned with those used by other countries.”

When will unvaccinated tourists be allowed to return to the United States?

Generally speaking, the United States is not open to unvaccinated tourists. The EU Digital Covid Certificate (EUDCC) and the UK’s NHS Covid Pass are both acceptable forms of proof that you are double stung, with the second dose given at least 14 days before departure. Recall shots are currently not required in the United States.

Being recently cured (having tested positive for the virus within the last year) is also not enough to enter.

Children under 18 do not need to be vaccinated to visit America, and there are a few other exceptions for non-US citizens.

“If there are any changes, we will notify the public accordingly,” a CDC spokesperson said.

But a sign of relaxation on this front comes again from the airlines. Last month, United Airlines dropped the requirement for its own staff to get vaccinated.

Travel experts aren’t sure if unvaccinated citizens will be welcomed before the summer, but with the world in an increasingly strong position against the virus, 2022 will likely be the year the United States fully reopens.