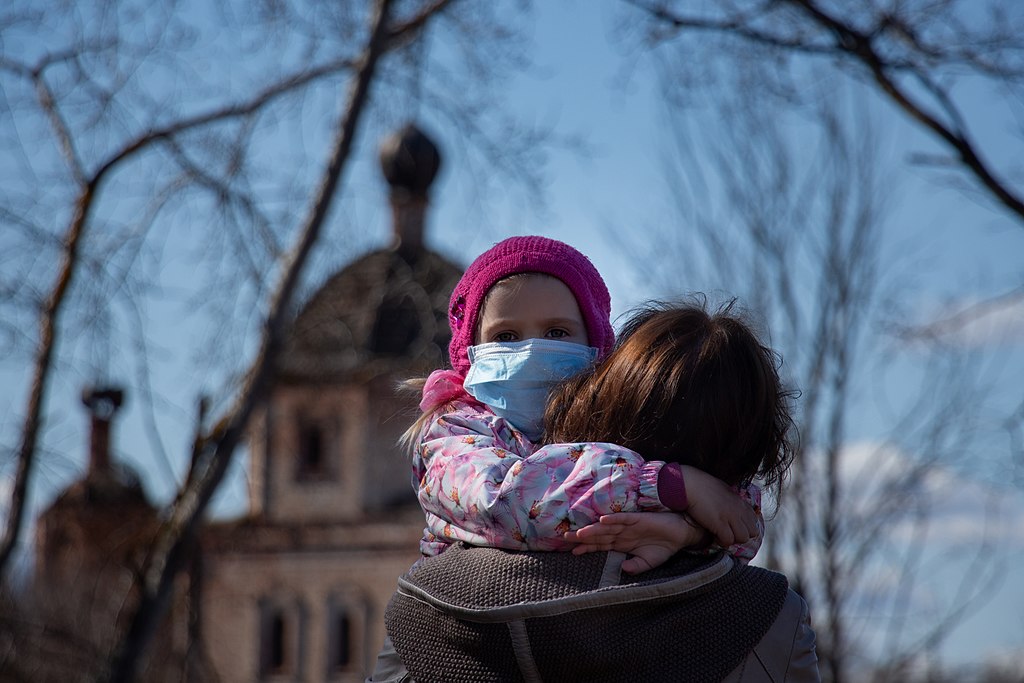 When kids under 5 catch COVID-19, parents are screwed

Catherine Dicicco and her husband were both vaccinated and then boosted. They wore masks and limited social activities outside, with a small circle of friends. Dicicco, an occupational therapist from Tennessee, just wanted to keep her twin babies from getting COVID-19.

But on January 5, the twins’ first birthday, both boys tested positive for the virus. Soon the whole family fell ill. And while to Dicicco and her husband the virus looked like a bad cold or mild flu, shortly after testing positive one of her sons ended up in hospital for two days.

“I literally hear his every breath. And he couldn’t get the air out, it was so swollen,” she recalled. “I tried to give him a bottle, and it was a disaster. .”

He is home now, but doctors have warned Dicicco to watch him closely. He’s not fully recovered – and neither is she, with a persistent cough.

“People who say, ‘I’m fine, I don’t need to wear a mask’ – that’s a disregard for other people’s safety because of their own desire for comfort,” she said. “It’s not just you who get COVID. You passed it on to my kids, and they end up in the hospital through no fault of their own.

Cases are increasing, with the new omicron variant appearing to be more contagious. But options for avoiding infection are increasingly limited, especially for those whose jobs require them to work in person or who don’t have an employer that offers paid sick leave. And so, as more and more young children test positive for COVID-19, more parents — and especially mothers, who research shows are carrying the majority of parenting responsibilities — are caring for their children. positive for COVID while fighting the infection themselves. At best, that means sleepless nights with what can be weeks of family illness and cut off outside support networks due to isolation protocols.

While hospitalization rates for children under 5 are still lower than most other age groups, parents of children too young to get the COVID-19 vaccine are not reassured by the insistence of health officials that the virus primarily affects the unvaccinated. Many are grappling with what happens when their children get sick: they can’t go to daycare and the government protections put in place at the start of the pandemic – such as emergency paid sick leave, guaranteed time to care for parents with COVID-19, or even temporary stimulus checks – are long gone.

More than half a dozen mothers told the 19 they were exhausted. Several said they felt forgotten by an American public ready to emerge from the pandemic.

“On the one hand, I understand. I don’t want other people’s lives to end because I have a child. But it’s extremely saddening and frustrating when you have mask mandates that disappear,” said Lisa Kays, a 45-year-old clinical social worker from Bethesda, Maryland, whose two young sons — one is 3 and the other 6 — both recently tested positive for COVID-19. and us as a family blew me away. It’s almost like you’re starting to question your own reality.

Evidence from other countries suggests that the omicron phase could be relatively fast. So even if local or state authorities or the federal government were inclined to pass laws supporting child care, or offering some sort of guaranteed paid leave or other financial support to parents, their action might not take effect until ‘after the passage of the wave.

“This puts parents in an untenable situation. And I’m not sure the federal, state or community supports are there,” said Jennifer Kates, senior vice president and global health expert at the nonpartisan Kaiser Family Foundation. “Even if your child doesn’t need to be hospitalized, if they get very, very sick, it’s a difficult situation for a parent.”

Kates said she heard from countless parents with young children. They are terrified of what to do if a child gets sick. Even if the infection is mild, who will take care of the family during five to ten days of isolation?

The burden is particularly acute for working parents and single parents, she added.

“You want to take care of your children. You will do everything you can and you will probably get infected yourself,” she said.

Dicicco is currently using her paid leave to care for her children; if he runs out, she will have to take unpaid days. She has health insurance, but her family’s high-deductible health plan means she expects to pay thousands of dollars out of pocket.

Even still, she’s on the luckier end. Most low-wage workers don’t have access to paid sick days or vacations, according to the Bureau of Labor Statistics. People in part-time jobs – a group disproportionately made up of women – are even less likely to receive these benefits. This means that if their children fall ill, staying home to care for them also means giving up income or possibly losing their job.

“If your child is sick – even if your little one hopefully has a mild illness – someone should watch the little one for at least five days to make sure the child doesn’t develop a significant fever. You don’t you can’t ignore the fact that a child under 2 and a child under 5 have not been vaccinated,” said Ruth Faden, a bioethicist at Johns Hopkins University. “You add that stress to the stress wondering if you can manage financially, and if you can keep your job, and a whole bunch of other things, and that’s very difficult.”

Even for families with access to child care, exposure to the virus can be destabilizing. According to daycare rules, children under 5 who are exposed may have to stay home for more than a week – another layer of complications for working parents, and especially working mothers, who during the pandemic have taken on the majority of unforeseen childcare needs and have often had to cut back on their own work.

The lack of strong childcare, guaranteed income support or flexibility from employers only adds to the burden, Faden said. Parents are completely dependent on their employers to know if a child is exposed to COVID-19 or tests positive for the virus.

A vaccine for children this young may not be available for months. In December, Pfizer reported that the formulation it had tried for children 2 to 5 years old – a much lower dose than that given to adults – had not been shown to be effective against the virus. The company is currently working on a three-shot regimen for these children and plans to submit data for federal review sometime in the first half of 2022. Moderna, the other major U.S. vaccine developer, said Thursday that he expects to have data for those children sometime in March.

Meanwhile, the transmissibility of omicron means that if one person in a family is infected, the whole household is likely to be as well. It could mean weeks of sickness – and just getting by is exhausting.

“We cling to a [expletive] wire,” said Christina Wallace, a 38-year-old business school professor. Wallace has a 2-year-old daughter and is seven months pregnant.

Wallace started feeling sick around Christmas. Luckily, she had stockpiled a stash of COVID-19 home tests in November – just when cases started to climb again. But she continued to test negative. Finally, one of his tests came back positive. So I did a test for her 2 year old son. Her husband has consistently tested negative but has exhibited all the same symptoms as her.

“The thing you’ve been dreading for two years is at your doorstep,” she recalls. “In a way, knowing omicron was less of a problem than [the COVID-19 delta variant] aid. But it is an aggregate. This is not your particular case.

It’s been over two weeks and Wallace hasn’t tested positive anymore. But she still feels completely drained. She spent her entire illness caring for her child, a toddler who is still too young to blow his nose. She can’t call a babysitter for help.

“I myself am seven months pregnant with COVID, holding my toddler so she can sleep while my husband is in the other room carving out a lung,” she said. “No one will set foot in our apartment. It’s full of germs.

Until her daughter is vaccinated, any further exposure to the virus means she can’t go to daycare for 10 days. Wallace would have to continue paying for daycare, while also paying out of pocket for two weeks of babysitting or – more likely – caring for his child while staying on top of his own work.

“I don’t feel like parents of young children have been considered since day one of the pandemic. Somehow, this piece that we slide on,” she said. “There’s this assumption that someone will take care of them, and in reality it’s mostly women.”

Do you dream of spending the March holidays abroad? Here are some risks to consider